Since the 1980s, as communication costs decreased and new software and digital platforms emerged, companies could choose from a much wider universe of suppliers, coordinate effectively, and track shipments anywhere in the world in real time. The internet enabled the restructuring of global production lines, with countries and companies specialising in specific parts of different industry supply chains. 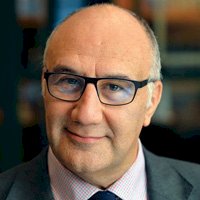 This resulted in the optimisation for quality, price and reliability.

It should be stressed, however, that value chains are in perpetual evolution, responding to changes in conditions, the implementation of new technologies and the fast-increasing demand from the developing world. The practice of arbitrage of unit labour costs is now outdated, but differentiation of service and knowledge intensity is key. This process should lead to further polarisation between countries and companies, across the developed and emerging asset classes.

What changes all of this, is the injection of politics into the formula. This can only have a destabilising and detrimental effect on costs, margins, reliability, business confidence and ultimately, investment returns. But perhaps equally importantly, it upsets the relative clarity of expectation regarding the likely winners and losers going forward.

So, trade, industrial and economic policy designed based on the “old world” view of optimisation of the value chain is unlikely to bear fruit. The new policies must consider politics and foreign affairs as well as service capabilities, workforce skills and digital infrastructure.

This means slower decisions on deployment of capital expenditure, more investment in political analysis, less flexibility in organising the value chain, higher returns demanded as a result of the higher perceived political risk premium. In short, the US has become a less transparent, less reliable country to invest in.

How have companies responded?

The second-largest exporter of Chinese-made cars to the US (after General Motors) was Geely, via its Volvo brand. To more effectively service the US market, Geely had opened a US$1.1 billion plant in Charleston, South Carolina. Originally, the company expected to export 50 per cent of its production to China. Those plans are now changing as China’s retaliatory tariffs render American-made cars less economical, with more production shifting to Chinese plants owned by Geely.

Clearly, this represents a missed opportunity for the US manufacturing sector. BMW has reacted the same way, cutting its production targets from the South Carolina plants and mulling increased production onshore in China instead.

Leaving aside the relative merits of the base assumptions, let’s examine the impact of the policies on investment. The usual motivation for tariffs on end products is to trigger import substitution. Tariffs on intermediate goods make import substitution less likely, because they cloud the calculations.

Steel is a great case study: steel tariffs served to help the US domestic steel producers and their steel workers, but this benefit has come at a cost. As soon as the tariffs went on in March 2018, the US steel producers raised their prices to meet the tariff and the foreign producers did not reduce their pricing.

In the US auto sector, GM has been a good corporate citizen, historically committed to buying 80 per cent of its steel from US producers. By doing this “national service”, GM has been penalised as if it were sourcing 100 per cent of its steel requirements from overseas, pushing up costs by around US$1 billion, according to market estimates. In October 2018, GM offered voluntary redundancies to 18,000 workers and in November, the company announced its intention to close five North American plants (four of which were in the US).

In a recent study, Amiti, Redding and Weinstein (2019) found that the impact of the trade war in 2018 has been a complete pass-through of the tariffs into domestic prices of imported goods. Overall, they found that the full incidence of the tariffs fell on US domestic consumers, with a reduction in US real income of US$1.4 billion per month by the end of 2018.

Another study, by Fajgelbaum, Goldberg, Kennedy & Khandelwal (2019), found that there was an intriguing geographical and political pattern to the trade war. Essentially, the US tariffs were most beneficial in those counties with steelworkers where the Republican Party has not been historically dominant, in states like Michigan, Ohio, Pennsylvania, Wisconsin, whereas the prejudicial impact of foreign retaliation has been disproportionately felt in traditionally Republican counties in Iowa, North and South Dakota and Nebraska, where agriculture is concentrated.

Naturally, this impact is a result of careful and deliberate targeting by China and the other countries hit by tariffs on steel and aluminium.

The authors conclude that the aggregate welfare loss was US$7.8 billion, but extremely focused geographically.

There is always a trickle-down effect on consumers as goods become more expensive. Industrial policy is not usually helped by tariffs on intermediate goods.

One of the main concerns investors should have because of this injection of politics into what was a very transparent, economically driven decision tree, is the high likelihood of corruption permeating trade, with clearly undesirable effects.

The World Bank Economist R. Gatti’s, (1999) research uses empirical evidence to demonstrate that, across countries, the very existence of a variety of tariffs, diversified by country and product, results in the growth of corruption.

The simplest rationale is the inevitable change in the level of empowerment of customs officials.

Logically, the application of different tariffs on products or components means that officials have a menu of tariffs to charge and the importer could potentially be forced into paying a bribe, to avoid having their merchandise erroneously categorised, thus attracting a higher tariff. If this were to play out, it would result in the cost of the goods rising and the demand for them falling, prejudicing global trade. 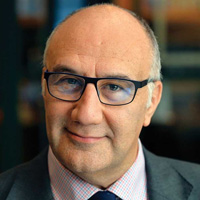