What are banks getting into with Saudi Aramco?

The world’s most profitable company is set to go public, but that comes with a number of risks. 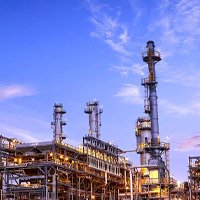 Saudi Aramco (SA) had a net income of $111 billion in 2018, making it the world’s most profitable company. Pretty soon it could also have the world’s largest IPO. While that record is still held by e-commerce giant Alibaba, which had a US$25 billion IPO, SA’s sale of 1 per cent to 2 per cent of its shares could raise as much as $40 billion. That’s brought plenty of banks out of the woodwork to underwrite it.

But what are they getting into?

Just seven weeks ago, a drone attack on two of the company’s facilities cut its production in half. Houthi rebels claimed responsibility for the attack, which was carried out with inexpensive drone aircraft. The situation in the Middle East has been fraught for some time, but Saudi Arabia has a worsening situation on its doorstep – Yemen, where the Houthi rebels originate – and bad relationships with Iran, another technologically sophisticated power in the region. Further attacks on SA facilities, capitalising on the weaknesses exposed earlier this year, could do more damage. In fact, SA’s IPO is likely to increase the chances of further attacks given the potential to embarrass the kingdom and the relative cheapness involved in carrying one out.

SA is also primarily owned by the Kingdom of Saudi Arabia, and the kingdom will continue to maintain its control of the company after the IPO. SA has been recalcitrant on the matter of disclosures in the past, but this shows some signs of changing – the company was quick to release a statement following the drone attacks on its oil facilities, and has been more open about its financials since getting serious about the IPO. Crown Prince Mohammed bin Salman has also made countering corruption a personal mission, and once detained a number of Saudi business leaders in a five-star hotel until they signed over assets the Kingdom claimed had been looted from the public purse.

There are also the ESG considerations of getting into bed with the kingdom. Journalist Jamal Khashoggi was murdered at the behest of bin Salman in 2018, provoking criticism from across the globe. The hingdom is also perpetrating a genocide in Yemen – the reason the Houthis are gunning for them – and all of that is without mentioning the fact that SA produces petroleum, one of the things that many investors are trying to decrease their exposure to.

Of course, the kingdom is also trying to decrease its exposure to petroleum. The kingdom is a petrostate, and that’s a situation it doesn’t want to be in anymore. The proceeds of the IPO will likely be used to fund projects in Vision 2030, the kingdom’s blueprint for diversifying out of petroleum and into tourism and entertainment – and that means they’ll do anything in their power to make sure it goes off without a hitch.

Whatever happens, the biggest IPO in history will be one to watch.

What are banks getting into with Saudi Aramco? 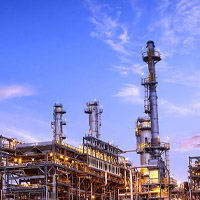