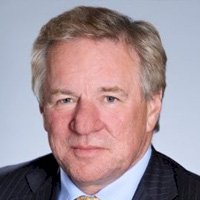 Are we about to have a global recession? That was one of the many issues discussed at the Singapore Summit – a meeting of global policymakers and business leaders – I attended earlier this month.

There was a mix of opinions on the subject. This was also reflected in a recent survey undertaken by Absolute Strategy Research. They questioned more than 200 financial institutions – managing $4.1 trillion of assets in aggregate. They concluded that the possibility of a downturn within the next 12 months was 52 per cent.

This is not a surprise given the US-China trade dispute, Brexit and tensions in the Middle East – just some of the many factors weighing on investors’ minds.

We’re forecasting global growth of 2.8 per cent this year. This would be the weakest economic growth since the financial crisis.

But the likelihood of a recession within the next year is not certain. Recent actions by the US Federal Reserve (Fed) and the European Central Bank (ECB) illustrate their policymakers’ determination to support waning economies. Yet the tools at their disposal are limited after a decade of monetary policy loosening.

The Fed cut base rates by 25 basis points to between 1.75 per cent and 2.00 per cent. The ECB cut its deposit rate from -0.4 per cent to -0.5 per cent and said it would resume quantitative easing again, buying €20 billion of bonds per month.

Opinion on the committees of both central banks was divided, with some members arguing the steps were either not sufficient or too much.

As for the Bank of England’s Monetary Policy Committee, it decided to keep its powder dry until there is some clarity on Brexit.

Monetary easing – would it help?

The bigger question – which is now receiving a more robust public debate – surrounds the effectiveness of monetary policy easing at this juncture. We have gone through more than a decade of “crisis response” from global central banks, in spite of many of those years looking like far-from-crisis conditions. In the circumstances, it seems reasonable and rational to ask if monetary easing is likely to help at all given the starting point of low interest rates and high debt burdens.

While it seems likely that in some cases economies could be stimulated for a time by lower rates, there are questions surrounding the distribution of that benefit – and, therefore, the long-term social and economic desirability of such actions. Some research is now suggesting that ultra low rates may even be bad for economies.

Alongside central banks’ dovish tone in recent weeks, there has been a tinge of annoyance that monetary policy is still shouldering much of the burden. It is long overdue that governments step in with fiscal stimulus measures, be they tax cuts or spending increases.

This was exemplified by Mario Draghi, the soon-to-depart president of the ECB, who said: “It’s high time fiscal policy took charge.” I have much sympathy for this viewpoint. Given the current interest rate environment, there is the opportunity to borrow money to finance infrastructure projects that will in turn fuel long-term growth.

Personally, I don’t think we are about to have a global recession over the next 12 months, given how determined policymakers are to prevent one. However, any monetary or fiscal policy stimulus at this point is merely postponing the inevitable.

From an investment perspective, given current pricing, history suggests that the long-term return expectations across almost all asset classes will be low or negative. But as always when market returns are negative and sentiment is weak, it becomes an attractive opportunity for those who have done their homework to pick up underpriced bargains as the baby is thrown out with the bathwater.