The fallacious and risky hunt for yield: Is a better retirement income solution under our nose?

Australia is no stranger to independent reviews and I was pleased to see the Honourable Josh Frydenberg announce a Retirement Income Review. There has been plenty of dialogue on the shift to retirement income phase for our growing numbers of Australian super fund members at or near retirement. 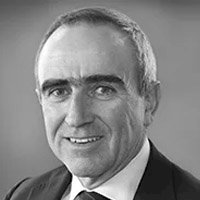 Much of the discussion has revolved around the search for yield as the source of retirement income. Is this thinking flawed?

If we are to expand retirement income options beyond the hunt for yield, the first key mindset to consider changing is to note, once retired, retirees’ superannuation assets are in a zero tax environment where any return is tax-free, whether on capital gains or income.

If tax is zero on both gains and income then wouldn’t retirees be happier with a potential tax-free 15 per cent outsized equity return which can be trimmed to create income rather than settling for a potential 5 per cent tax-free but supposedly predictable “bond-like” income return? And just how predictable is an income-oriented approach anyway? Is it sensible for a retiree to reduce diversification by moving to a yield-focused portfolio with potentially high credit risk and low liquidity to achieve sufficient income in this prolonged low interest rate environment?

I believe a better framing of the retirement income problem is actually one of retirement savings adequacy. In a retirement adequacy context it is possible to switch the focus from the trivial and unimportant income or yield outcome to a pure risk and return dialogue. Clearly, the 15 per cent outsized equity return I quoted comes with significant risk that is perhaps too high for some retirees given the size of their nest egg and increasing life expectancy. The right question to ask is how should a retiree deal with risk in their portfolio, and avoid a large drawdown which jeopardises the longevity of their savings? To focus only on ways to generate sufficient yield in their portfolio to pay an income they can live on may be the wrong starting point.

Drawdown risk in a retirement savings adequacy context is often referred to as sequencing risk. It loosely defines the conundrum of needing a high exposure to risk assets for long run return and savings adequacy purposes, while facing the risk of being the unlucky retiree who retires with a high-risk asset allocation just prior to a large market correction. That retiree has neither the time nor balance to recover without government support or something like a lotto win!

Traditional thinking usually involves the fairly blunt instrument of dialling down risk within a retiree’s asset allocation in order to avoid that unfortunate outcome. A more scientific approach is to have a close look at adequacy, agree on the performance that is needed for the retiree to live a comfortable lifestyle, and then work out the optimal way to deliver it. With the problem tackled in this way it would become evident for many that the required performance may be simply achieved by maintaining a high-growth asset allocation and implementing some low or zero cost protection against equity downturns. This would appear a very sensible trade-off in a low-yield world where hunting for “income” involves significant risks and where the other alternative is 100 per cent cash, which, particularly at current interest rate levels is in our opinion an entirely inadequate solution.

Like the Retirement Income Review, we strongly believe all Australians should be well supported during their retirement.  For now, all eyes will be on the consultation paper to be released in November and the final report in June next year.

The fallacious and risky hunt for yield: Is a better retirement income solution under our nose? 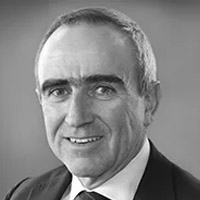