Australia needs to return to the mutual model

Although it’s impossible to undo the failures of history, there is hope for the future of financial services with a modern-day adaption of the mutual life insurance model to restore much-needed certainty, trust and confidence in the insurance sector. 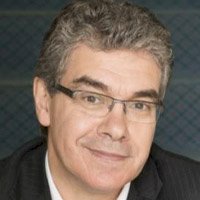 For nearly 150 years the financial services industry in Australia prospered immensely from the life insurance mutual companies until the 1990s when the industry lost its sense of purpose and abandoned long-held conservative principles. Under the direction of a new breed of managers, the industry went on a frenzy devouring itself with one household brand after another lost in a steady stream of amalgamation and buy-outs that saw one group after another disappear.

To compound the dilemma, the situation has worsened since 2001 with the introduction of FSR and ongoing government intervention seeking to improve the performance of the financial sector.

As a consequence of the federal government’s efforts to bring about change and restore confidence, the number of financial advisers has plummeted while simultaneously increasing the cost of providing professional advice for consumers.

In hindsight the post-mutual era has been a disaster, with major banks announcing they are jettisoning their wealth/insurance arms and many like the AMP restructuring and downsizing their adviser networks.

Industry and consumers are justified in asking what exactly has been the benefit of industry vertical amalgamation and government intervention?

In my recently released white paper “Australian Financial Services – an industry that has lost its focus & sense purpose” I affirm that the re-emergence of the mutual insurance model in Australia is the answer to the industry’s future viability.

Mutual companies share their profits with policyholder members, look after their interests and needs first and develop products and services accordingly. This differs from the current bank-owned model that sells and markets products to generate profits/dividends for their shareholders without necessarily benefiting policyholders.

Furthermore, the profits of mutual insurance companies are distributed to policyholders in the form of lower premiums or bonuses on policies.

The Hayne royal commission and adverse media coverage have highlighted the depth of reputational damage and how much work is needed to restore the public’s trust and confidence in the life insurance sector and industry more broadly. At the core of the industry’s failings has been the principle that shareholders’ interests are prioritised ahead of those of consumers.

Then there were the revelations surrounding conflicted advice, denial or avoidance of claims that highlighted the misalignment of internal interests that in turn drove the behaviours that adversely impacted on policyholders.

The growing strength of the mutual model in global marketplaces has affirmed my belief of its re-emergence and inevitability in a modern-day format in Australia.

In the International Cooperative and Mutual Insurance Federation (ICMIF) Global Mutual Market Share 10 report released in February, the mutual and cooperative insurance market has been the fastest-growing part of the global insurance industry in the 10-year period since the GFC.

ICMIF qualitative research suggests that this positive performance is linked to consumers’ preference for providers that demonstrate characteristics most commonly associated with mutuals i.e. trustworthiness, security and service excellence.

Australia needs to return to the mutual model 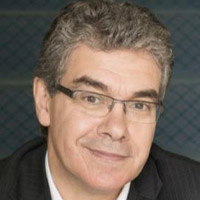