“Tell me why Xi should not continue to wait out ‘the world’s greatest negotiator’ who keeps ‘dealing with himself’?”. An apt comment in hindsight from Jim Chanos, a well-known US investment manager and prominent short seller, referring to the choices available to China’s President Xi Jinping. 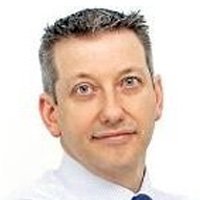 After unexpectedly escalating the trade dispute mid-negotiations by announcing new broader tariffs on 1 August, US President Donald Trump seemingly de-escalated matters on 13 August, delaying half of them. Then in response to China’s well-flagged and moderate retaliation of 5 percent to 10 percent tariffs announced on 23 August, Trump again escalated the trade dispute, adding 5 percent to the US’ multiple tariff tranches. As the late August G-7 meeting in France drew to a close, Trump declared China’s desire to “return to the negotiating table”, although there was no confirmation of this from China.

The question we ask now is whether August’s disruption of the geopolitical status quo – which has put the global outlook on a knife edge – will overwhelm, or just delay, the recent signs of stabilisation in the global economy? To help answer, we also canvas the recent US and Australian reporting seasons to see what light companies can shed on the macro-economy.

We still believe that the underlying fundamentals for the global economy are solid, and Australia has also likely passed the worst of its housing crisis. But China’s more aggressive negotiating position, revealed in early August, has underpinned a further escalation and this may make it hard for the global economy to stabilise this year.

August saw two rounds of tariff hikes by President Trump and one by China. Elsewhere, we saw rising unrest in Hong Kong, the near collapse of the Italian government, and the rising risk of a “hard” UK Brexit as new Prime Minister Boris Johnson suspends parliament to secure his October Brexit.

How is the global economy travelling? Despite some better data through the second quarter, global growth has slowed. Moreover, more than 70 percent of the world’s country-level business conditions indicators are signalling slowing growth, not accelerating. Will the weakness in industrial activity globally unravel tight job markets, or will the latter drive consumers to demand more goods, boosting production? Time will tell. But the risks have increased that the cacophony of geopolitical noise could sufficiently crush global business confidence and capital expenditure plans, so as to undermine the otherwise strong jobs and consumer sectors that are currently supporting growth and company earnings across the world.

So what have the recent reporting seasons revealed? In Australia, in what’s been a below-average reporting season, there have been some tentative signs of better consumer spending, but little evidence that a steadier housing sector is helping overall economic activity. A focus on cost control suggests little near-term inflation, and few companies sounded confident about boosting their investment.

In the US, the reporting season showed a reasonably firm US economy, but one that has still slowed. Conditions have clearly become more difficult, particularly for importers and exporters, affected by the trade war, while domestically focused US companies have done better. And the negative earnings growth flags the risk that there is more slowing in the economy ahead.

The escalation in the trade dispute and other geopolitical hotspots leaves us pivoting more defensively for a time, to assess developments ahead. The risk to equity earnings now appears to be on the downside. We continue to look for signposts to prompt us to adopt a more positive portfolio position, such as some de-escalation in the trade war, better earnings momentum, and some signs of fiscal policy globally being put to work.

We have typically labelled pullbacks in risk over the past couple of years as buying opportunities. For now, the escalation in the trade dispute (amid many other geopolitical hotspots) has led us to move moderately underweight equities (particularly emerging markets and Europe, the most exposed equity regions to trade disputes), while increasing our allocations to cash and defensive alternatives. The risk to equity earnings now appears to be to the downside, with US and European earnings flat, and earnings contracting in Asia. The risks to a re-acceleration of global growth in 2020 have also risen in the wake of the recent incremental tariff increases.

Momentum in company earnings and global purchasing manager indices will be key signposts in the months ahead. We continue to believe that President Trump desires both a strong economy and a trade deal ahead of the November 2020 presidential election, and the rising noise in the US about a recession as the yield curve inverts may accelerate a trade de-escalation sooner than expected. Events in the UK surrounding Brexit are coming to a head and may deliver a clearer picture by the end of October. While global monetary policy is reaching its limits, there is also the prospect of renewed fiscal support for growth aiding a number of regions, particularly Germany, the US, China and Australia. 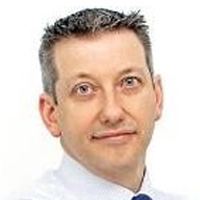