Ongoing trade war could push AUD below 60 cents – how could investors potentially profit from this?

This weekend’s announcements by President Donald Trump that the US/China trade war can last another year or more (beyond the November 2020 US presidential election) may have profound impacts for Australian investors, particularly around the value of the Australian dollar.

The Aussie currency, already in the midst of a secular decline in value versus the US dollar, will likely come under continued pressure over this time as Chinese data continues to decay. Last week’s Chinese industrial production posted a large slowdown, taking the three-month averages to the lowest reading since 1990, even worse than in the depths of the GFC. This is despite enormous amounts of Chinese domestic stimulus inside their local economy – Trump’s trade war seems to be working as intended.

Trade headlines will continue to generate market volatility, but what are the trends inside this whipsaw market behaviour where investors could potentially profit over time? We think, for a number of reasons, the obvious answer is finding high-quality assets that can benefit from a decline in the  Australian dollar.

The Australian economy is highly leveraged to the Chinese story, a story currently under sufferance. Other Southeast Asian export nations – the factories of the world – are also hurting badly when we consider data from South Korea, Taiwan, Indonesia etc. While the trade war continues, this drag on global macro data will likely endure.

We encourage investors to consider how a continued secular decline in the Australian dollar may impact portfolios, and how some exposure to such an outcome could build negative correlation in conjunction with riskier asset holdings. For negative or low correlation, you may favour asset classes like gold, or a long volatility fund. Personally, I find the themes inside those asset classes complex and hard to intuitively understand and predict the value change in differing scenarios, which is why we prefer bonds to build out “defend and protect” allocations.

As a high-grade bond manager, we love combining this theme of potential Australian dollar weakness with global bonds, given central banks around the world are actively cutting interest rates most of the world over. These themes in combination are providing powerful negatively correlated returns for portfolios in our Unhedged Global Bond Strategy that has delivered a return after fees and costs of 14.92 per cent p.a. and 7.45 per cent p.a. (as at 31 August 2019) respectively for our Hedged Global Bond Strategy, since inception on 26 February 2019.

Personally, I think these themes are so powerful they are additionally compelling as an offensive standalone allocation, given the excellent risk rewards available to profit in a world of trade wars, geopolitical flares, interest rate cuts and additional QE.

Ongoing trade war could push AUD below 60 cents – how could investors potentially profit from this? 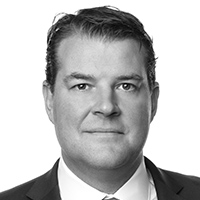