Robotic process automation (RPA) is now ripe for adoption across Australia’s financial services sector and the size and composition of the workforce will continue to change significantly as a result. 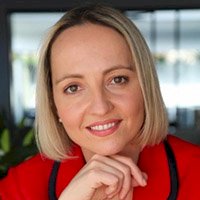 Wondering when robots will begin edging human beings aside in the financial services institution or organisation where you work?

Artificial intelligence (AI)-driven automation is cutting a swathe through scores of industries across Australia and the country’s $140 billion financial services sector is far from immune.

Worldwide spending on cognitive and AI systems across both the public and private sectors is expected to exceed US$76 billion by 2022, according to high tech research house IDC and financial institutions are likely to be among the most aggressive adopters.

Digital disruption has already transformed the Australian financial services sector to an extraordinary degree, over the past decade. The rise of mobile technologies has created an expectation on the part of customers that interactions should be able to occur anywhere and at anytime that suits them.

The effects of increased uptake of RPA may be slightly less dramatic, to outsiders at least, but they’ll be experienced by a large number of individuals working in the sector.

A proportion of the 450,000 jobs the Australian financial services industry currently provides will be altered or rendered obsolete by the arrival of a new generation of robots whose presence will be felt but not seen.

That’s because they won’t come in the form of R2-D2 look-alikes, ready to staff offices and branches and interact with customers in the flesh. Rather, they’ll be invisible software robots or applications, which replicate human interaction with a user interface on a computer system.

The new generation robots won’t be tasked with handling only the “grunt work”, the simple, rote-based tasks, such as scraping data files, which automation initiatives have historically sought to address in the financial services sphere.

RPA software is now able to handle much more involved processes, such as certifying account reconciliations and matching large volumes of transactions. AI-powered solutions will arguably do a better job than human beings, courtesy of the fact that, unlike their flesh and blood equivalents, they don’t need to take breaks and won’t make mistakes, as humans frequently do when tasks are prolonged and mundane.

The benefits are amplified when organisations have multiple different systems in use which need to interact seamlessly. RPA software can facilitate the flow of information between these systems, by interacting with them just as a human being would.

Today’s RPA systems have the capacity to direct tasks and actions, manipulate data and handle exceptions, such as notifying a flesh and blood ”colleague” when human interaction is required. AI enables RPA systems to improve the way they perform these tasks by ”learning” and self-correcting as they go.

What does it mean for today’s financial services workforce?

Many highly repetitive, task-oriented business roles have already been rendered redundant by digitisation and technology. Increased adoption of RPA systems will see the vast bulk of the remainder disappear; a development which will make the size and face of tomorrow’s finance industry workforce very different from that of 10 or 20 years ago.

Meanwhile, other highly skilled jobs will emerge for finance and ICT professionals. Released from the time-consuming and tedious tasks RPA solutions are now able to take care of, they’ll be free to focus on more strategic initiatives, collaborate on business procedures and provide training to their colleagues when changes are made to the system. Shifting the focus from managing data to creating value is a positive for them and the customers they’re there to serve. 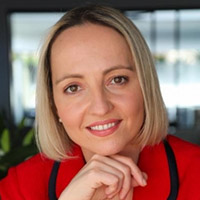