Can Walmart change the status quo of the US on guns?

That is the last line of Walmart CEO Doug McMillon's 3 September message to Walmart employees announcing changes to its policies on gun and ammunition sales, as well as what I believe are even more substantive changes to Walmart's position on gun policy. Collectively, the message can give the impression that Walmart is taking steps to impact the culture in the United States relative to gun violence. 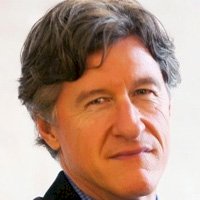 US politicians should step up and take action to support the key aspects of the commitments outlined by Walmart. Immediately.

The steps outlined by Mr McMillon are consistent with Walmart's long-term strategic direction to strengthen its ESG performance. More critically, certain aspects of the announcement indicate that the CEO and company are taking courageous measures in a real effort to change the status quo.

The announcement had what I see as four main commitments, listed here in order of what I believe is the impact of each.

1. Use its influence to argue for stronger gun safety regulations and conditions. McMillon stated that he sent letters to the White House and to congressional leaders asking for them to strengthen background checks, create a process to remove guns from people deemed to pose an imminent danger, and consider a ban on assault weapons. This is a critical step, and we wish Walmart immediate success as well as the will and determination to stay the course where this initiative is concerned.

2. Share best practices and technology with smaller retailers to improve everyone’s compliance with existing laws – and hopefully to make it easier to implement the stronger regulations for which Walmart has promised to advocate. One argument small gun retailers have made is that it is difficult to comply with the different regulations at the state and federal levels that govern gun sales. Since a large volume of gun sales occur at small retailers, this is an important strategic step in moving stronger gun safety rules forward. Walmart’s move to share the necessary technology to comply removes what had been a strong argument against strengthening background checks.

3. Request that customers not openly carry firearms into its stores, even in states with open carry laws. This is a big cultural step – and a courageous one. Walmart has clearly prioritised taking action to strengthen the safety of its customers and employees, and in so doing, sends an obvious message to those who have sponsored and passed open carry laws in some parts of the country. In doing so, I believe Walmart notes a problem with our culture and is taking steps to create positive change.

At Calvert, we were very pleased to see this line in the message: “We’ve also been listening to a lot of people inside and outside our company as we think about the role we can play in helping to make the country safer.”

This indicates that engagement from all types of stakeholders had an impact on Walmart’s decision to address this issue. Have you ever wondered if, as a shareholder, employee, or simply a concerned and caring person, your voice matters? This is another indication that it does. While Calvert engaged formally and in writing to make our views known to Walmart, we are certain that ours was just one of many voices that spoke up – and were heard.

Activism and engagement, especially when done strategically and in a manner consistent with long-term value creation, can work.

Thank you, Mr McMillon, and everyone at Walmart involved in recognising that the status quo is unacceptable and driving these changes. Stick with these commitments and implement them well, and this should be positive for not only Walmart shareholders, but our society as well.

Can Walmart change the status quo of the US on guns? 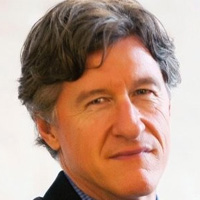