Tangible value in a world of intangibles

Intangible assets are taking up a larger share of corporate balance sheets as economies transition away from asset-heavy manufacturing bases to knowledge-driven service sector-led ones. We examine the effect this has on valuations. 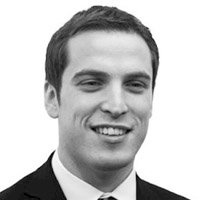 Valuation is both an art form and a science. Challenges in determining the worth of an asset are evident when that asset takes physical form. Take a machine for example: an accountant may calculate its value as its purchase price minus accumulated depreciation. However, an equity analyst would assess its value in context of the remaining productive capacity of the equipment – i.e. an estimation of future cash flow expected from the sale of goods it manufactures. This challenge becomes extremely difficult when we move out of the physical realm and attempt to value intangible assets.

Intangible assets such as goodwill, brands, patents, and software, are becoming an increasingly common constituent of corporate balance sheets. Since 2006, the value of intangible of assets as a proportion of aggregate S&P 500 balance sheets has risen from 20 per cent to near 30 per cent, with a similar story on STOXX 600, a broad gauge of the European equity market. In absolute terms, these figures are near $2 trillion and €1 trillion respectively.

We will go on to discuss common valuation metrics and what signals investors can take from them in the context of intangibles.

PB or not PB

One key valuation metric for investors is the price-to-book (P/B) ratio. This examines how much the share price of a company differs from book value of that equity (where book value is calculated as total assets minus total liabilities on a per share basis). A value of 1 indicates investors value the company at the value of its net assets, or in other words, the view they are expressing is that it makes no difference if the company continues operating or winds up operations, disposes of all assets and returns all proceeds to shareholders once debt has been taken care of. The S&P 500 has generally traded at a P/B ratio of between two and four times, while the STOXX 600 has spent most of its history with a P/B below 2. As such, in current readings for this metric in isolation, we suggest that the S&P 500 is slightly overvalued while the STOXX 600 is close to fair value.

We can construct a similar ratio that considers only the book value of tangible assets. When comparing this new price-to-tangible book value per share ratio to the history of their respective indices, we get a different picture. The STOXX 600 remains close to fair value, but on the expensive side as oppose to being cheap. The S&P 500, however, now screens as being significantly overvalued.

The S&P 500 also ranks as expensive in various other valuation metrics. While we are not near the same levels as the technology bubble of the late 1990s/early 2000s and during the melt up of early 2018, both trailing and forward price-to-earnings (P/E) ratios are above long-term absolute averages and averages relative to other major global equity indices.

Investors should be careful about what they are actually valuing. While the US market is indeed expensive when examining tangible assets only, the trend of businesses going light of physical capital means that elevated P/B and P/E ratios may be the new normal. The changing composition of the S&P 500 has already been alluded to – the communication services sector accounts for two-thirds of all rights and licenses assets. However, this sector is relatively new and its weight in the index has been growing over time, even when accounting for the old index classification. European markets do not have the same index composition changes as US counterparts, hence an explanation for why P/B ratios when including and excluding intangibles indicate the same story when it comes to over or under valuation.

One metric that cannot be ignored is cash flow. A shift toward capital light business models contributes to higher free cash flow generation. Dividends and buybacks move in line with free cash flow over the long term. Capital light business models are able to drastically increase the amount of capital they are returning to shareholders. This is in spite of the fact that the market trades at a discount when examining price to cash flow and price to return on capital metrics. This, in turn, suggests a question over persistence of this discount. Thus, the increase in capital light businesses should drive valuations higher. For investors with a tactical horizon, opportunities can be found in stocks or baskets of stocks where return of capital to shareholders lags behind free cash flow.

A follow-on from the de-equitisation theme can be seen through the changing capital structure of companies. While global interest rates remain low, a firm can reduce its cost of capital by issuing debt and buying back equity.

There are three specific characteristics we can examine with respect to intangible capital: salvage value, certainty, and protection. Salvage value is especially prevalent for distressed debt investors – purchasing the debt of a corporate under duress for a fraction of its fair value, with the expectation that bankruptcy proceedings will pay out a higher fraction once finalised, is a well-known strategy. An asset that is at or near the end of its life can usually be sold for scrap. However, intangible assets can pose many different issues – for example if value is tied up in human capital then there is a real possibility that employees switch employers (i.e. lack of protection), making this asset worthless. Furthermore, a patent that is near expiry cannot be sold for scrap as it is virtually obsolete.

The misvaluation of intangibles by corporates can also work to investors’ advantage. A savvy analyst can realise that an intangible does not reflect the correct value – e.g. a patent that has uses outside the industry of the firm in question.

The increase in covenant lite issues is another increasing trend in markets. With firm assets used as collateral, corporate bond investors were more insulated from the negative effects of any potential default. However, the decreasing number of tangible assets held by firms may be a factor in forcing them to issue this type of security. The use of intangibles as collateral is less well defined – possibly because cash flow from intangible assets is generally more uncertain when compared to tangibles.

Perhaps this has already been priced in by the bond market. In both the US and Europe, the BBB proportion of investment grade indices has been rising steadily over the past five years. The market may be recognising the changing composition of balance sheets, although it must be noted that many other factors are also at play.

The morphing of business models to those which are capital light, hence intangible asset heavy, mandates that investors analyse valuation signals in greater detail. Markets may screen as being near fair value in some metrics, but when examining tangible assets only they can scream as being overvalued. We continue to call for investors to monitor cash flow – the lifeblood of any business – as this is a true metric of profitability. However, markets can persistently trade at a discount to cash flow-based metrics.

Valuing individual assets on balance sheets themselves is also key – an intangible asset on one balance sheet may be worth a lot more if held by another company assuming that intellectual property can be utilised correctly. For example, consumer companies trading brands, or technology firms adding patents to their portfolios by buying smaller rivals or obtaining IP from defunct firms. There can be ulterior motives: IP raises barriers to entry. Sometimes the value of knowledge is just keeping hold of it, not utilising it.

Tangible value in a world of intangibles 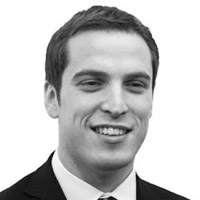