Emerging markets debt (EM debt) has hit a bit of a speed bump recently, as investors have reacted to concerns over trade wars, global growth and the shifting political landscape in Argentina. 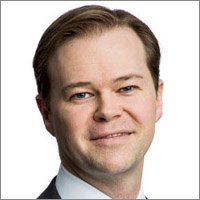 The macro volatility was a marked shift from a broadly favorable environment for the first half of the year, driven by the dovish policy of the world’s central banks.

In the first half of 2019, US$45.1 billion flowed into EM debt funds, compared with USD$18.7 billion in 2018, according to JPMorgan. But in the past two weeks, those flows turned negative.

However, the Emerging Markets Debt Team at Eaton Vance, a leading investment manager, notes: “Despite the volatility, we are still constructive on this asset class. We have maintained that as the rally matured, country selection would become more important, and there are indeed a number of bright spots.”

For example, amid all the news and noise last week, Ukraine posted a great Q2 GDP number. Ukraine has a reformer president, Volodymyr Zelensky, who rode to victory on a strong wave of discontent earlier in the year, and in the past few weeks his party secured a parliamentary majority. We have seen macroeconomic stabilisation, and now we expect significant improvements on governance and corruption. With fundamental improvement like this, we think the country has great potential.

Another nice data point that didn’t make the news last week was the strength of Egypt’s non-oil exports. Egypt’s reform progress over the past two years has been impressive. The budget has been improving remarkably, and most recently, the country has achieved a surplus in the primary budget. Interest rates on Egypt’s debt are still well in the double digits, and we feel the compensation is quite good for a country with these kinds of improving fundamentals.

It should be noted that neither Egypt nor Ukraine is in the local currency index, JPMorgan’s GBI-EM, which underscores our belief that much of the potential of EM debt lies outside of the common benchmarks.

For most of the year, EM debt has benefited from the tailwind of falling rates. But we believe that country selection – and the rigorous fundamental analysis that supports it – will become increasingly important as the broad-based rally fades. 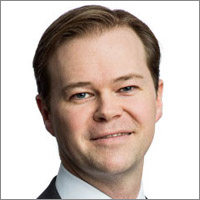