We don’t need an inverted yield curve to tell us a global manufacturing downturn may be underway. 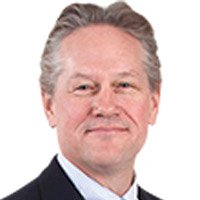 The business networks were flashing red all day last Wednesday as the spread between the US Treasury two- and 10-year yields turned negative for the first time since 2007.

We’ve written a lot about why we think the yield curve is a less reliable forecaster of recession than it used to be. But to be honest, the point now seems a little academic. Looking to the yield curve for signs of a slowdown last week was like checking the barometer while your roof was getting blown off.

To gauge the pressure in the global economy, look at China and Germany — and last week the winds there turned very cold indeed.

On Monday we got weak credit and money growth data from China; that was worrying because credit growth has tended to be a good leading indicator for the wider economy. On Wednesday China reported its weakest industrial production growth for 17 years, weak retail sales, soft fixed asset investment and an uptick in unemployment.

On the same day we learned that Germany’s economy shrank in the second quarter. A recession now seems likely. That data hit less than 24 hours after a miserable read from Germany’s ZEW Economic Sentiment Index.

For a year now, we have been talking about a soft landing slowdown in the US and a potential stabilisation of growth in the rest of the world. We still anticipate a soft landing for the US, but China is struggling to find the bottom and Germany appears to be in freefall.

Furthermore, this is not the tale of a few quarters.

In fact, this story goes back much more than just a couple of years. Germany has spent a generation uniquely geared to three powerful forces: a euro that was weak relative to the strength of the German economy; a world that couldn’t get enough of German cars and machinery; and the growing proportion of global GDP growth driven by international trade.

Today, Germany is struggling because it is on the wrong side of a sea change in the global auto market, and because trade as a share of global growth has been shrinking for a decade. The US-China trade dispute, which now looks set to step up a notch as we head into the fall and winter, is just the latest, most disruptive stage of that trend.

These are structural rather than merely cyclical issues.

If Germany is the canary in the coalmine of a global manufacturing downturn, where can we potentially find the escape route?

We have been contrasting the weakness in manufacturing with the resilience of the consumer, but as a downturn deepens it is likely only a matter of time before jobs start to disappear and that confidence gets sapped. Shoppers likely won’t spend their way out of this alone. Global manufacturing may face a period of substantial restructuring that will require fiscal support.

Germany should join China in leading the way: it is the country most geared to the old model, and a generation of success has left it with the most fiscal latitude. Will it do so? That will require a big change in political culture.

The risks have certainly not gone unnoticed. Speaking in response to the latest data, the German minister for economic affairs, Peter Altmaier, called the latest figures “a wake-up call and a warning.”

“We are in a weak growth phase but not yet in recession, which we can avoid if we take necessary measures,” he said. “Politicians and business must now act together.”

However this pans out, volatility and disruption are on the horizon. Capital investments predicated on expanding global trade and global integration could increasingly be at risk. When we revisit our quarterly outlooks in six weeks’ time, do not be surprised to find us adopting a more cautious and defensive stance. 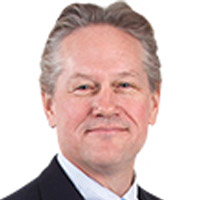