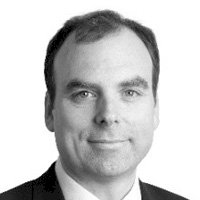 But a form of globalisation that we are starting to see today – and could see much more of in the future – is profoundly different. Rather than being concerned with the movement of physical goods and capital, it involves global trade in information and human talent.

As Aberdeen Standard Investment’s proprietary Globalisation Index shows, flows of trade and capital – the traditional drivers of globalisation – have slowed in the wake of the financial crisis. But flows of information and people have proven more resilient – and in some cases have even accelerated.

This points to the potential for a new form of globalisation – one enabled by technology. Certainly, technology has changed the course of globalisation in the past. It played a critical role in facilitating the period of hyper-globalisation between 1990 and 2007. During that period, technological advances – chiefly through the internet – allowed firms to establish global supply chains and facilitate international transfers of knowledge. This process had major implications for industrial workforces, with jobs transferred to emerging economies while the wage gap between developed and emerging markets declined.

Today, digital technologies promise service sector firms a similar ability to coordinate complicated tasks across international borders. This offers them the opportunity to exploit lower costs by arbitraging wage differentials between countries at the points where those gaps are the largest.

There are already signs that the services workforce is reorganising along these lines. Telemigration services – in the form of international freelancers or the “human cloud” – are creating a highly skilled and globally mobile workforce that could transform value chains within the services sector.

In recent months, high adoption rates and structural revenue growth have supported a string of initial public offerings (IPOs) related to the human cloud. Lyft and Uber, two of the three largest firms in the industry, have both listed this year. Meanwhile, two more of the five largest companies in the B2B human capital segment, Upwork and Axiom, have filed for IPOs.

Importantly, this is a truly global phenomenon. Five of the world’s 10 leading human cloud firms by revenue are based in emerging markets. The two largest presences in this area are the US and China, but European and other Asia-Pacific countries are also well represented.

The rollout of 5G technology has the potential to greatly accelerate this shift. This upgrading of telecommunications infrastructure is expected to improve speeds a hundredfold, dramatically reducing delays in the transfer of information. This should facilitate the fast and seamless flow of data and digital goods across borders. And beyond simply improving internet speed, 5G is expected to lead to a plethora of technological innovations, from smart infrastructure to autonomous driving.

But this “new globalisation” is not guaranteed. Recently, plans for the rollout of 5G have hit a major stumbling block as China’s Huawei, one of the world’s largest telecom network firms, has been dragged into an increasingly bitter feud over data security. The politics here is complicated, but the impact on business is undoubted. According to Huawei, it has signed 40 contracts for 5G networks around the world. Exclusions on regulatory grounds are likely to cost billions and could delay the launch of 5G networks by years.

More generally, barriers to international trade in services remain high, with no harmonisation of national standards. To create the same sort of supply chain acceleration that occurred in physical trade, governments will need to open up domestic sectors that are currently protected and allow technology to facilitate transformative change in digital trade and services.

Another threat to the integration of services and information is the fragmentation of the internet. We are already witnessing a fracturing of internet-related information flows, with new barriers emerging in critical areas including digital rights and privacy.

The former is fundamentally an issue of governance with lines of demarcation between the US open internet model and China’s cyber sovereignty model. Despite dominating bourses in both China and the US, direct competition between Google, Facebook and Amazon in the US and Baidu, WeChat and Alibaba is limited by the different governance regimes in which they operate. The same cannot be said for telecommunication infrastructure firms with the US actions against Huawei highlighting the risks when direct competition occurs.

On the latter, a fragmentation is also underway. The EU has exerted its own credentials by demanding restrictions on firms that do not provide adequate privacy protection – adding a new complexity to the global digital ecosystem.

So can technology and the integration of people and information flows reinvigorate globalisation? We do see scope for globalisation regain momentum through an unbundling of the services sector and the application of new technologies. Investors will play a critical role in this transition as the rewards from reallocating capital efficiently will be high. This will heighten the disruptive impact on firms in both the non-manufacturing and manufacturing sector.

This conclusion comes with a heavy caveat. Proponents of “new economy” globalisation have a considerably more challenging job to mobilise resources than their predecessors. Not only is there an ongoing backlash against the perceived failures of globalisation in the West, there is much less consensus for building international governance architecture to expand and regulate data and people flows.

With US influence over globalisation waning, China and Asian nations, where the net benefits have been much stronger, are likely to step into the vacuum as confidence in their economic and political power is growing and attitudes to further globalisation are generally more favourable. With great power, comes great responsibility. The need for genuine leadership and the creation of a governance model capable of supporting the changing nature of globalisation have never been higher. 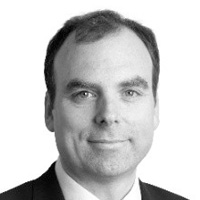