Despite having occurred more than a decade ago, the events of the global financial crisis (GFC) are still influencing investor decisions today. 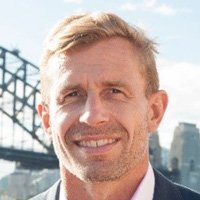 It’s not hard to understand why. During the GFC many Australians who invested offshore were spared the worst of the market meltdown. The S&P500 collapsed nearly 40 per cent during 2008; however, for those Australian-based investors who held an unhedged currency exposure, the decline was closer to half this amount.

These sorts of extreme scenarios are often difficult for people to forget. In behavioural finance terms, it’s referred to as recency bias – the hard-wired tendency of humans to remember the most recent event experienced, and to make decisions on that basis.

It comes as no surprise, therefore, that many investors believe holding an unhedged currency exposure to a portfolio of international shares is inherently “safer” than a hedged investment – or domestic share portfolio – and will offer embedded protection in a crisis.

A review of fundamentals, however, suggests that this time it might be different.

For instance, the starting point for the currency today is vastly different than during the GFC. Based on purchasing power parity (PPP) of ~70c, the Australian dollar was fundamentally overvalued upon entering the GFC. There were a number of reasons for this, but in part it was because of the decades-long mining boom. But with the Australian dollar now trading close to PPP, investors should not rely on an equivalent fall as that which occurred in 2008 to balance out investment losses.

Furthermore, a review of historical market crises suggests the “protective” nature of the Australian dollar in a crisis simply does not always exist. Looking back to the tech bubble crash of 2000-02, when the S&P500 declined nearly 50 per cent from peak to trough, the returns in Australian dollar terms were only 5 per cent better. The prospect of losing 43 per cent (unhedged return) versus 49 per cent (hedged return) is unlikely to make us sleep better at night.

What’s more, the correlation between the Australian dollar and the S&P500 has also dramatically changed since the GFC, and in the ensuing years.

A high correlation means the Australian dollar falls at the same time and magnitude as the S&P500, which protects an Australian-based investor as the foreign currency gains offset the market declines.

Historically, when the Australian dollar has traded above 90c this correlation is high and becomes increasingly higher above parity, as was the case in the post-GFC period.

Conversely, when the Australian dollar trades below 80c the correlation to the S&P500 decreases – to the point where it is more or less negligible below 70c.

Importantly, the interest rate differentials that supported the high Australian dollar going into 2008 no longer exist. Real interest rates in Australia at the time were some of the highest available globally. This meant the currency was in high demand from investors backing a popular “carry” trade that involved borrowing the US dollar at low rates and buying the Australian dollar to receive high rates. When the RBA slashed rates in mid-2008, the rush for the exits of this carry trade meant these positions had to be unwound in a hurry, as reflected in the sudden Australian dollar price decline.

Today, interest rates are lower in Australia than in the US, so the conditions for the carry trade reversal (and impact on the Australian dollar) don’t exist.

Put simply, things are different this time and investors should think carefully about their investment strategy. Relying on a collapsing Australian dollar to protect global portfolios as they did in 2008 flies in the face of investment fundamentals.

Instead, those investors that are looking to protect their equity portfolios from unwanted market volatility would be better placed to look more broadly at alternative hedging strategies for protection during times of crisis. 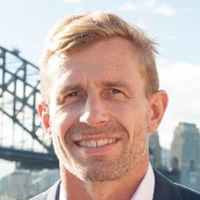