Ashley Kopczynski discusses how a recent APRA announcement will lead to the issuance of more higher yielding capital instruments by the major banks, providing additional opportunities for investors to take advantage of this developing situation. 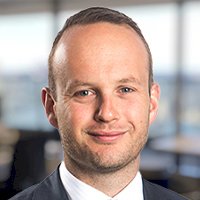 One of the lessons learnt from the global financial crisis (GFC) is the challenge governments face when using taxpayer funds to bail out struggling banks. Among the many post-GFC regulations that have since been implemented to reduce the likelihood of taxpayer-funded bailouts is that banks increase capital far above pre-GFC levels. The latest iteration of this is the introduction of TLAC (total loss-absorbing capacity). These are particular securities that can act as loss-absorbing instruments should a bank become severely stressed. There is no globally consistent method of satisfying this TLAC requirement. Some regulators have introduced a new class of compliant security while others have ruled that debt issued out of a holding company satisfies TLAC requirements, and that operating company debt remains exempt.

After a period of consultation, APRA published its final approach in early July 2019 announcing the initial tier 2 proposal would be adhered to, and not introduce tier 3 securities as the market had expected. Additionally, APRA only requires that the banks issue an extra 3% of capital by January 2024, not the 4% to 5% originally outlined. Key to APRA’s decision was its belief that tier 2 instruments and the timeliness of implementation of loss absorption are crucial, as well as its extensive market research that indicated the market could comfortably absorb the proposed additional tier 2 bond issuance.

While most market participants were not expecting this outcome, we took APRA’s initial discussion paper at face value and expected the initial tier 2 proposal to proceed. APRA’s logic was sound, preferring simplicity over complexity, and there could have been unintended consequences if APRA did a complete backflip from their initial proposals.

We had also expected the market to react to this “surprise” by marking out existing tier 2 bonds. It duly did, with tier 2 spreads quoted up to 20 bps wider on the day of the announcement.

This leads to two important questions:

Significant and varied implications for the banks

Firstly, the quantum of additional tier 2 issuance is expected to be $50 billion (CBA and Westpac announced they will need $13 billion each, ANZ $12 billion and NAB $12.1 billion). Given APRA’s requirement that the major banks meet their new obligations ahead of the 1 January 2024 start date, we expect the banks’ treasurers to minimise risk and demonstrate strong progress toward their capital targets up to a year in advance. This would be in line with how they responded to other regulatory changes.

The major banks therefore have roughly 3.5 years to raise an additional $50 billion in loss-absorbing capital. This will likely be in new tier 2 securities, given it is the cheapest option, and would come on top of refinancing existing securities, which we estimate to be more than $20 billion.

Any increase in tier 2 issuance leads to other forms of debt funding (i.e. senior unsecured bonds) will reduce by the equivalent amount. Standard & Poor’s (S&P) has affirmed the major banks’ credit ratings, and revised the rating outlook from “negative” back to “stable”. S&P commented on the “materially reduced uncertainty” over future government policy regarding supporting the banking sector, and believes that government support is ”unlikely to diminish in the next two years”. This is positive news for major banks and bond investors.

Traditional tier 2 instruments included 10-year maturity bonds with an issuer call date after five years (from four years before maturity these bonds lose capital treatment at a rate of 20% a year). Therefore, with 4.5 years before legal implementation of these regulations, the major banks will have to issue bonds with call dates longer than five years. Historically, longer tenor tier 2 bonds have been issued offshore, while the traditional instruments went into the domestic market. With each major bank knowing each other’s funding task and working in the same time frame, we anticipate a fascinating “game of chicken” in terms of which banks fund in which currency and which maturity date. Undoubtedly there will be a mixture of currencies and tenors as they look to build out (and ultimately refinance) the amount of tier 2 from $34 billion to $84 billion.

We expect this additional cost of extra regulatory capital to be negative for bank profit margins, conservatively estimating a 6 bps increase in funding costs once implemented. This is on top of the negative impact of lower official cash rates on their net interest margins (as discussed in my article “The battle of the banks – the RBA vs the Big Four”).

Our philosophical approach to credit investing is to evaluate companies with our quality before price mindset.

Despite these challenges to bank profitability, we believe their overall credit profiles remain robust. They have been forced to increase capital and simplify their businesses post-royal commission, ultimately benefitting depositors and bond investors.

What does it mean for credit investors?

While the focus by the market has rightly been on tier 2 instruments, of equal importance is the outlook for senior unsecured bonds.

Starting with tier 2 instruments, APRA’s decision makes valuation more challenging. Historically, the main approach was the ratio between the spread of senior bonds and tier 2 bonds.

How will the additional expected supply of tier 2 instruments and the offsetting reduction in senior unsecured bonds affect this ratio? We anticipate a divergent trend between senior and subordinated credit spreads, such that the tier 2 market moves to a materially wider ratio than the average over the last five years.

All things equal, this drastic increase in supply is negative for spreads of tier 2 bonds. However, with official interest rates currently at 1% and these securities offering running yields likely over 3%, we expect them to be well supported by both domestic and offshore investors.

Additionally, a positive technical for senior unsecured spreads emerges. Not only will there be $50 billion less senior debt issuance from the four major banks, but there is also an additional 3% of loss-absorbing capital sitting underneath them. This extra subordination is a positive that aligns with our quality before price philosophy. Given the major banks’ senior unsecured bonds are among our market’s most liquid credit investments they will continue to have an integral role in our portfolios, despite their spreads being at post-GFC lows.

Issuing tier 2 bonds in the current environment may push that senior/tier 2 spread meaningfully wider than historic levels which would set a precedent for future issuance that could ultimately prove to be beneficial for investors. Credit spreads have decisively rallied this year and we expect the banks to assess it to be a good time to commence the build-up of the tier 2 capital. Accordingly, we have created capacity to take advantage of this anticipated increase in supply of tier 2 securities and expect valuation opportunities will present themselves. 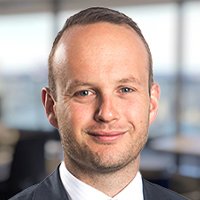