The search for market inefficiencies in global markets

Passive investment has grown sharply over the past decade as many investors switch to lower-fee index funds. Meanwhile, many active managers have struggled to keep up with rising global markets, with major benchmark indices at, or near, record highs. 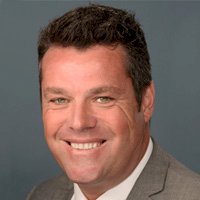 Given this ongoing trend, the question now being asked is: Are there any market inefficiencies left for active fund managers to exploit?

“I think there’s a misconception in the marketplace that just because a company is big, it must be efficiently priced. We don’t think that’s the case,” he said.

For example, Amazon, which the fund holds, has plenty of scope for further growth in its cloud computing business, Amazon Web Services. More recently, Amazon has been able to establish its own marketing and advertising business, which is now at scale.

“We’re also really excited to see what it can do in the healthcare sector,” he said.

“Amazon recently acquired a company that we think is going to move them more into the pharmacy area. It wouldn’t surprise us if we look back in four or five years and say, ‘Look how far Amazon has come in healthcare’, the same way we’re now saying, ‘Look how far they’ve come in cloud computing through their [Amazon Web Services] business’.”

Sticking to a disciplined investment approach and taking a long-term view amid all the noise in global markets sounds simple. Yet, without proper consideration, it can be fairly trying at times, too.

To capitalise on market inefficiencies, Riley and Rosenbaum seek out three specific characteristics – or alpha drivers – that they believe signal returns above those delivered by a market benchmark.

By focusing on these alpha drivers, the team seeks to target two market inefficiencies, or opportunities they believe the broader market hasn’t yet discovered. They classify the inefficiencies as the “duration” (compound) effect and the “valuation” (mispricing) effect.

“Our team is consistently looking for the same three alpha drivers in a business, and we are looking for two inefficiencies in the market – the duration effect and mispricing – which we hope to identify and take advantage of,” Riley said.

The duration effect is a company’s ability to grow its value over time through the compounding of its cash flows. By definition, this requires a long-term view of a business.

“To capture the benefit of the duration effect, an investor needs to take a longer-term view. Short-term market volatility is often driven by more macro-oriented events when the underlying fundamentals of many businesses essentially remain unchanged,” Riley said.

McCormick & Co, the US-based seasoning and spice company, offers a good example of the duration effect.

McCormick spices are found in supermarket aisles around the world, including Australia, and the company’s flavourings are found in snack foods produced by PepsiCo, the parent company of popular Australian brand Smith’s Chips.

“We think McCormick is very high-quality company, and we believe this is a business that has a long duration effect and a consistent ability to grow its free cash flow,” she said.

Duration effect or not, if a stock price rises too far, the holding gets trimmed and the capital is reallocated to a company representing better value – which is what happened in the case of McCormick.

“At various points over the last year, we were taking capital out of this business because we felt markets had driven the price close to our risk-reward threshold, given the significant size of the position we had in the Loomis Global Equity Fund,” Riley said.

However, that doesn’t mean the capital went to another consumer staples company. The fund is a portfolio of best ideas, so capital is allocated accordingly.

“We can do that, but the goal of this process is to have the avenues available to us to put the capital to work where it makes most sense to us, independent of region or sector.”

The valuation effect refers to market mispricing – an inefficiency that, in combination with the fund’s alpha drivers, guides the timing of the Loomis portfolio managers’ buy and sell decisions.

“At the time that the fund was trimming its McCormick position, US regional group M&T Bank came up on our valuations tool as an extremely attractive opportunity,” Riley said, adding that Loomis believed M&T was priced near its downside-risk scenario, or as low as the fund’s analysts and portfolio managers believed it would go.

The fund’s analysts and portfolio managers see M&T as a high-quality company based on four metrics: strong management, a solid business model with a positive capital allocation and a track record of returns on invested capital.

M&T Bank’s return on equity over time compares very favourably with its peers, and the bank has a history of a strong return of capital to shareholders – evidenced by the fact that M&T has returned 146 per cent of its profits to shareholders in the form of dividends and buybacks in 2018. It also has a history of sensible, accretive bolt-on acquisitions.

Riley noted one more thing: “Unusually for a bank, M&T has never cut its dividend.”

The Loomis Sayles Global Equity Fund’s unconstrained approach allows the team to identify the best alpha opportunities globally and to optimally combine these ideas in a portfolio with the highest expected returns.

“By continuing to focus on long-term alpha drivers, in periods of market uncertainty our fund can build position sizes in favoured companies often at what we believe are very attractive prices,” said Riley.

The disciplined approach to portfolio construction allows the portfolio managers to recycle capital to the best candidates, maximising the potential return for the portfolio.

“Short-term volatility often provides us with entry points to build long-term positions in high-quality companies and opportunities to trim or sell positions at what we consider attractive levels,” the pair said in a recent Loomis Sayles Global Equity Fund update.

“Rather than try to predict macroeconomic events, we focus on companies with sustainable business models and attractive valuations,” they said.

On valuation, Riley says the portfolio does not focus on relative valuation metrics when it comes to assessing businesses. She explains that commonly used valuation metrics, such as 12-month forward price-earnings ratios, are not the preferred approach. Rather, the Loomis team’s focus is on fully understanding each company’s long-term cash flows.

“This is best assessed by using a discounted cash flow (DCF) valuation approach, which values a quality company’s ability to sustainably grow its free cash flow over time,” Riley said.

To determine whether a given stock is in buy, sell or hold territory, the team pairs each company’s DCF with industry-specific measures to provide context to a given business. The result is three pricing scenarios – the downside, the base case and the best case.

By gauging these three scenarios in relation to a stock’s current price, risk is effectively managed and, because of the process, buy and sell decisions become clear.

In Loomis Sayles’ view, the rise of passive investment hasn’t diminished opportunities for the Global Equity team to reveal market inefficiencies and exploit them to the benefit of investors.

An active approach to identifying companies that demonstrate mispricing and the duration effect has enabled the team to successfully manage risk and uncover opportunities for the fund over the medium and long term, Loomis Sayles chairman and CEO Kevin Charleston said.

“Ultimately, there’s still an element of art to investing, and the strong judgment of seasoned investment professionals will always be vital,” Charleston said.

The search for market inefficiencies in global markets 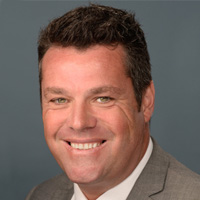