The top 20% will do nicely out of the royal commission

In a recent speech, the Assistant Minister for Superannuation, Financial Services and Financial Technology, senator Jane Hume, went to great pains to stress that the government was going to implement all the recommendations of the financial services royal commission. 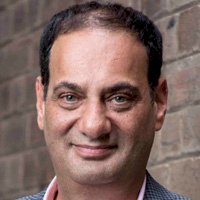 As she said, with steely conviction, “We are committed to taking action on all 76 recommendations of the royal commission, and in some cases is going further than commissioner [Kenneth] Hayne prescribed. This includes 15 recommendations, and one additional measure, specifically for the superannuation industry.” So, perhaps she needs a new speech writer or mortgage brokers should be worried again – you choose.

Now, it’s easy to be a little cynical, well, very cynical. After all, this was a government that fought tooth and nail not to have a royal commission. Indeed, it was only when the banks knew the game was up that the government threw in the towel and agreed to the inquiry.

But once the extent of the financial institutions’ malevolent behaviour became apparent, politicians have been queuing up to promise that Hayne’s recommendations will be fully implemented, until, of course, lobbyists convinced them otherwise. His report has become the financial equivalent of the Ten Commandments.

Now, it’s hard to quibble with any of this. Any reforms that require financial institutions to treat their customers with some degree of honesty must be a step forward, and with a Liberal government and less pressure from the not-for-profit funds, it’s more likely that more reforms surrounding superannuation may see the light of day.

But I have a nagging suspicion that the end result of all these reforms (and this includes any changes that emanate from the Productivity Commission report into superannuation) will end up making financial life more secure for the 20 per cent who use financial advice and very little for the 80 per cent who don’t. In some ways, it already has.

This is not surprising. It’s the 20 per cent who have the wherewithal, the money, the influence, to agitate for the reforms that will benefit them.

What no one is addressing – and this where Labor really missed an opportunity at the last election – is how to help the other 80 per cent who are never likely to see a financial planner.

What is needed is basic financial literacy training, so that when they can make an investment (for many people it’s not till they are in the 50s that they have disposable income) they can do so with some degree of knowledge and confidence.

For those now in the workforce, the reality is that it’s probably too late. For most, their only regular contact with the financial world is via their banks and not-for-profit superannuation funds. As the former have amply demonstrated, they have no interest in having financially literate customers, while the not-for-profit super funds, in my humble opinion, simply haven’t done enough (especially when you consider they are non-for-profit and beneficiaries of a compulsory system) to educate their members.

So, while the not-for-profit fund Hostplus has received plaudits by opening up some of its investment options to self-managed super funds in a bid to entice some of the 20 per cent to invest with them, what it’s actually doing is chasing fees by offering to service the very segment of the market that hardly needs a helping hand. From my perspective, Hostplus would be far better to focus on the many low balance holders among its 1.2 million members.

And Australian Super isn’t apportioning part of its recent fee increase to improve financial literacy. It will be more focused on using the extra fees on ways to compete with banks and Hostplus to attract the 20 per cent.

What needs to be done is for the industry and government to create a competitive environment so different advice models that will cater for lower-income earners can flourish. Robo advice is one option, but it’s certainly not the complete answer. In the past, they could get advice from product providers with trailing commissions providing the “fees”, but that advice model has largely gone the way of the dodo bird. And rightly so.

What’s also required is for all governments to get serious about financial literacy in the schools. It seems they all mouth platitudes about this critical issue, but then fail to inject the necessary resources into it, with the proof of the pudding being the fact so many young adults leave school with scarce knowledge of how to organise their finances.

There are no easy answers to this. But as a society that values the current retirement savings model provided by compulsory superannuation, we must get serious about educating people about finance, with all benefits of having a financially literate community will bring. Although the royal commission exposures will result in more regulation (and higher fees), I would argue it’s far more important to ensure that people have a rudimentary knowledge of finance. While it won’t help them read a PDS, it might at least prompt them to ask the right questions.

The top 20% will do nicely out of the royal commission 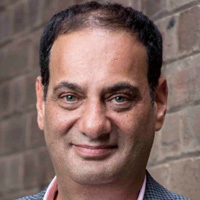