China in focus as demand for emerging markets rebounds

Emerging market equities are back in the spotlight in 2019, with investor appetite now rising after a period of relatively weak demand in mid-to-late 2018. 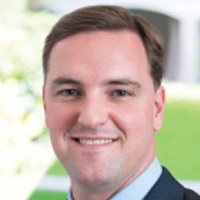 Mandates from bfinance clients for new emerging market equity managers surged in the first half of the year, with both global strategies and, notably, China specific mandates in high demand.

China shares were standout performers in in the first quarter, as the remainder of the emerging market sector made strong gains but struggled to keep pace with its developed market counterparts.

The first three months of the year were characterised by a shift back to risk-on mode as fears about the impact of the ongoing US-China trade war on global growth receded somewhat and the US Federal Reserve adopted a more dovish tone. This resulted in the MSCI World gaining 12.5 per cent in what was the best quarter for the stock markets in over eight years.

Emerging equities rose by a lesser 9.9 per cent as export volumes and survey data implied that growth is softening in much of Asia – partly due to trade issues as well as slowing domestic demand. However, Chinese stocks surged, helped by news of further fiscal stimulus and a loosening of capital requirements by the People’s Bank of China.

Despite the ongoing US-China trade war, investors seem keen to tap the potential of the domestic Chinese equity market. The manager universe is expanding rapidly – there is now a credible group of over 60 A-share strategies and nearly 80 Greater China strategies for investors to choose from – and many seem to feel that now is a good time to make a long-term allocation to this space, despite the heightened volatility we have seen over the shorter term.

There was also continued interest in emerging market debt as institutional investors looked to increase their allocation to the asset class, attracted by the high level of yield it provides for an investment-grade average rating. We also note that opportunities within Asian fixed income are increasingly being discussed among institutional investors.

There were positive returns across emerging market debt as hard-currency debt returned 7.0 per cent over the Q1/19 quarter in what was a strong recovery after Q4’s losses. The two largest index constituents, Mexico (+7.8 per cent) and Indonesia (6.9 per cent), both performed well, but the strongest returns came from African countries such as Kenya (+14.5 per cent) and Nigeria (+14.4 per cent).

In addition, active hard-currency and local-currency emerging debt managers both outperformed their relative benchmarks. The main driver of this positive outcome would have been the limited impact of foreign exchange on returns: in periods when foreign exchange drives performance, managers tend to lag as most partially hedge their portfolios.

Asset owners need to consider their investment allocation wisely as there are likely to be winners and losers in the emerging markets landscape. A deep understanding of the broad dynamics continuing to shape these markets is critical in the investment and manager selection process.

China in focus as demand for emerging markets rebounds 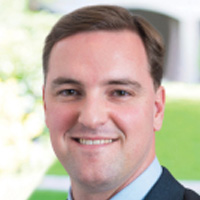