Bailing out the Titanic with a teaspoon

The 6 June meeting of the European Central Bank effectively marked the beginning of the end of its president’s reign. 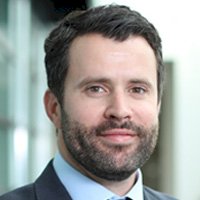 Andrew Mulliner, portfolio manager of the Janus Henderson Global Fixed Interest Total Return Fund, reflects on the outcome of the meeting and what the future holds with Draghi on his way out, an empty toolbox at the ECB and weakening global growth.

The European Central Bank (ECB) meeting on 6 June was anticipated by investors, with a range of expectations across the market from hopeful to pessimistic. With market-implied medium-term inflation expectations close to all-time lows, Draghi’s reputation as the “man who can” in Europe is on the line.

With rates already negative and quantitative easing (QE) finished, the ECB’s toolbox appears to be close to empty. Mario Draghi, the mercurial central bank president who “saved” Europe back in 2012 has a reputation for finding ways to provide additional accommodation to the European economy where other, more conventional, central bankers would struggle.

However, the 6 June meeting effectively marks the beginning of the end of Draghi’s reign. Actual ECB policy actions were modest and the ECB’s forecasts are based more on hope than experience. His term finishes in November; he may now be a lame duck central bank president, no longer able to ram through policies that do not carry the full support of the governing council – a hallmark of his eight-year tenure.

The ECB delivered further accommodation, however, adjusting its forward guidance a further six months into the future. It assured the markets that rates would not go up, at least until the second half of 2020. The credibility of this forward guidance and its impact on markets can be questioned as markets assume a higher probability of the ECB cutting rates over this time period; so much for reining in rampant market expectations for imminent hikes.

The ECB also provided additional detail on its recently announced targeted longer-term refinancing operations (TLTROs). The details were marginally more accommodative than expected; however, these operations replace existing ones that were both longer in term and cheaper in price; hardly the big stick to persuade Europeans and market participants alike that the ECB is up for a fight.

Draghi expressed confidence in the resilience of the European economy, but optimism and perennially inaccurate inflation forecasts will not be enough to re-anchor markets’ inflation expectations, nor engineer a dynamic European economy. References to a symmetrical inflation target and the possibility of cutting rates further and restarting asset purchases in his Q&A (in the press conference following the meeting) sound good but mask the scale of opposition from various parts of the governing council to such proposals.

The ECB has always been a central bank with one arm tied behind its back due to the lack of flexibility in its mandate, the lack of cohesion of its governing council and the limitations of its “toolbox”. With Draghi on his way out, an empty toolbox and weakening global growth, the ECB’s task increasingly appears to be to bail out the Titanic with a teaspoon.

For investors, negative yields, flatter curves and, quite possibly, a stronger euro all appear to be on the cards and, with it, an economy that is increasingly moribund.

Bailing out the Titanic with a teaspoon 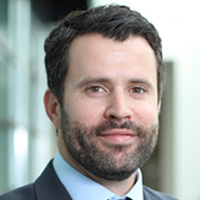