President Donald Trump’s announcement late last week that the US would impose tariffs on all Mexican goods starting on 10 June to “address the emergency at the southern border” was disruptive, but not necessarily surprising. 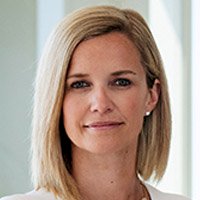 After all, the president shut down the government earlier this year over the same issue and has also threatened to circumvent congressional authority to build a wall on the southern border to stem the flow of migrants; moreover, illegal immigration continuously polls as one of the highest concerns among Republican voters.

With all of that in mind, what might be more surprising is that the markets seem to continue to underestimate President Trump’s conviction on this and other issues under his so-called “America First” agenda.

If meetings with Mexican officials in Washington this week do not result in a breakthrough – and at least at this point, there is no indication they will – we should expect the US to move forward with the initial round of 5 per cent tariffs on Mexican goods. At the same time, we believe tensions with China are likely to get worse before they get better, and that the chances of the US moving forward in some capacity with tariffs on the balance of $300 billion of Chinese goods are only increasing.

Moreover, we think the market underestimates the chances that President Trump will move forward on withdrawing from NAFTA in order to force a vote on the newly negotiated US-Mexico-Canada Agreement (USMCA). Indeed, the White House has now started the ratification process on the USMCA without any real commitments to addressing House Democrats’ concerns on issues related to labor, the environment and pharmaceuticals, which makes us believe the president could try to force House Speaker Nancy Pelosi’s hand to bring the USMCA up for a vote – something she is unlikely to do without Democrats’ concerns being addressed. This could set up a game of chicken and possibly result in President Trump withdrawing from the agreement altogether.

In short, we think the markets discount President Trump’s threats on both trade and immigration issues at their own peril.

For the US economy, higher tariffs on Mexican goods would add to the direct costs of the string of tariff hikes enacted during this administration. We estimate that the recently implemented higher tariffs on Chinese products will cost the US economy around 0.3 percentage points of GDP, and the Mexican tariff hikes, if they reach the full 25 per cent, could double our estimate of the total direct economic costs.

Furthermore, in the case of Mexico–US trade, we see a greater risk of larger disruptions to specific sectors with highly integrated supply chains and intra-industry trade – that is, the back-and-forth trade of parts and equipment between countries before assembly for final use. We estimate around 60 per cent of total gross US–Mexico trade is “intra-industry”, compared with approximately 20–25 per cent of US–China trade (source: UN Comtrade database, PIMCO calculations). This is important because concentrating the economic costs to a few large industries risks contagion and broader economic disruption. In the case of US–Mexico, the manufacturing industry in general, and the auto manufacturing industry in particular, could be negatively affected.

Outside of the direct economic effects, rising uncertainty and tighter credit and financial market conditions can have a more meaningful impact on growth by curbing investment and lending. Thus far, the equity market decline has been more manageable than what we witnessed in late 2018, but this is probably because the US Treasury market has anticipated the Federal Reserve will cut rates in reaction to recent developments.

What are the implications for the Fed?

Although the estimated direct economic costs of the various tariff policies are still relatively modest in isolation, these policies are occurring when US growth is already decelerating and the US manufacturing sector may be heading into a mini-recession, raising the risk of a more meaningful downturn. The recent decline in interest rates should provide the economy with some relief, but in order to continue that relief, the Federal Reserve would need to at least reinforce its willingness to cut its policy rate in the face of a darker outlook from trade or other shocks. 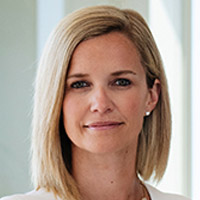