Headlines about A-Shares have recently become a daily routine for investors interested in Chinese equities.

With the gradual inclusion of these shares in the MSCI Emerging Markets (MSCI EM) and MSCI All-Country (ACWI) indices, the pace of foreign institutional flows is intensifying. Year-to-date, the CSI 300 index (the China Securities Index that includes the 300 largest A-shares) has gained 34 per cent (as at April 30, in USD), far outpacing advances from the MSCI China (+20 per cent) and MSCI EM (+12 per cent). Is this just a frenzy or are we dealing with a more durable trend? Here are the key factors our emerging markets team considers when investing in A shares.

A-shares are mostly driven by domestic players and retail investors

A-shares refer to shares of companies based in China mainland that are listed on either the Shanghai or the Shenzhen stock exchanges. These shares are quoted only in China’s currency, the renminbi. There are two other classes for Chinese equities: the B shares, which are listed in foreign currencies and opened to qualified foreign institutional investors since 2003 (QFII), and H shares, which are issued in Hong Kong by mainland companies and listed in Hong Kong dollars. In practice, foreign investors have only been able to purchase A-shares since last year. As of the end of March 2019, China’s Central Bank estimates that foreign investors own only about 2.6 per cent of the A-share market.

One of the consequences of the Chinese authorities’ fight against capital outflows is that Chinese investors have been refrained from investing in Hong Kong, which means that they have overly concentrated their investments in A-shares (and real estate, but this is another matter). Another characteristic of the Chinese equity market is that individuals (i.e. retail) make up a large portion of the A-share investor base; institutions typically have a bigger weight in developed markets. Morgan Stanley estimates that as of Q1, retail investors held over 50 per cent of total free float market cap in Chinese A-shares and contributed north of 80 per cent to the A-share market’s daily turnover.

A-shares also offer a diversified and more appealing set of opportunities than B- and H-shares. There are about 3,600 stocks listed on both Shanghai and Shenzhen, compared to 2,800 on the New York Stock Exchange and 3,300 on the NASDAQ. Typically, foreign investors have been attracted to H-shares, a market heavily geared towards financials and internet-related stocks. The A-shares market is well diversified in terms of sectors and industries, and much less geared towards internet-related stocks.

So far, most of the largest Chinese technology-related companies (Tencent, Alibaba, Baidu) have raised funds abroad and are listed offshore. This does not fit the Chinese authorities’ goals, as they would like to create a buoyant technology sector in mainland China, capable of raising funds locally (and therefore benefiting local investors). In our view, there will be a strong push to list start-ups and so-called unicorns on either ChiNext (China’s closest equivalent to the NASDAQ) or on the newly announced Shanghai tech board. This will likely be a driver for the Chinese market over the next few years.

A long but seemingly unavoidable inclusion into the MSCI EM index

The debate about the pros and cons of including A-shares within the MSCI EM index has been lingering for a couple of years. A-shares are now the second-largest market in the world in terms of market capitalization, thus becoming too big to ignore.

Moreover, these shares are much more representative of China’s real economy than the H-shares, which are currently included in global equity market indices (MSCI World and MSCI ACWI). On the other hand, despite significant improvements made over the last few years, Chinese equities are still plagued by opaque disclosure practices, high stock price volatility for no apparent reason, frequent quotation suspensions, and difficult access for foreign investors.

To facilitate the inclusion process, MSCI found in its archives the long forgotten concept of “partial inclusion factor”, which paved the way for a progressive inclusion in the MSCI China Index. At the moment, the partial inclusion factor of A-shares is still only 5 per cent, double its initial amount of 2.5 per cent in 2018. This explains why so many large-cap stocks with a large free float only account for a couple of basis points in the MSCI EM index.

What is changing in 2019 and what are the implications

At the end of February, MSCI decided to further increase the weight of A-shares in the MSCI indices in three steps. The timeline and roadmap for this year is the following.

Bottom line is that the weight of A-shares (currently 0.8 of a percentage point of the MSCI EM index) should hover near 4.0 per cent  by year end. To put things in perspective, the weight of A-shares alone would be larger than the weighting of Poland by the end of June, Malaysia by September, and Russia by December. Morgan Stanley estimates that the 2019 A-shares index inclusions by MSCI and FTSE Russell should bring substantial foreign inflows, ranging from US$70 billion to US$125 billion in 2019.

Over the long term, the inclusion factor should continue to increase, which implies that inflows could maintain this pace for the years to come. We therefore expect hundreds of billion dollars of investments in A-shares. Although the weight of overall emerging market equities will gradually increase in the MSCI ACWI index, we anticipate significant outflows from other emerging countries, as their weight will be crowded out by China in the index.

Peculiarities to bear in mind

Foreign investors in China face many potential hurdles such as lack of liquidity and financial information, foreign ownership limits, double listings and potential foreign exchange risk. We believe some of these fears may be overblown, but we are carefully watching the following underlying risks:

Liquidity per se should not be an issue. According to various brokers we met with, including UBS, Merrill Lynch, JP Morgan, CLSA and Morgan Stanley, liquidity was still fairly good during last December’s trough: a third of shares traded more than US$10 million worth each day, and more than half traded at more than US$5 million. Furthermore, almost one-third had a daily turnover in excess of US$10 million. Since A-shares are still vastly owned by Chinese retail investors, volatility is generally high and liquidity conditions can vary significantly. We believe this situation will normalize over time as institutional investors, both foreign and domestic, progressively ramp-up their investments in this market, but this should occur only in the long-term.

It remains difficult to know the exact number of shares in a company held by foreign institutional investors. The current foreign ownership limit for a company is set at 30 per cent. Recent experience has shown that once the ratio has reached 28 per cent, MSCI reacted promptly and removed it from the index (coinciding with a pullback of the stock price the next day). Only a handful of stocks are currently close to the limit, but accelerating inflows could result in an increasing trend of stocks being closed to further foreign investment. Over time, we believe that Chinese authorities will likely raise the foreign ownership limit, but no timeline is available at this stage.

Double listings and buying stocks at a premium

Currently, 112 stocks have a double listing, being traded on both the A-share and H-share markets. Since it is fairly difficult for domestic investors to invest in H-shares due to capital controls or in B shares because of limited access to foreign currencies, most A-shares trade at a premium relative to their H-shares equivalent (the average premium was 23 per cent as of May 13, 2019). Since double-listed shares represent about a third of the total A-shares market capitalization, the likely convergence between the valuations of A- and H- shares is, in our view, a risk associated with holding an ETF over the long term.

Morgan Stanley recently published an A-share sentiment indicator (MSASI), which has jumped from trough levels to above 50 per cent alongside the market rally in Q1 2019. This index suddenly retreated towards the 33 per cent level on the back of the negative headlines linked to the trade war with the USA, signaling that investor sentiment is currently fairly bearish again. For the first time in many years, we noticed headlines about investors remortgaging their apartment in order to participate in the market rally. However, no credible data has been released showing evidence of this trend. Still, there are probably enough signs of the beginning of a bubble to worry Chinese authorities, with a government official mentioning that the (local) market is “active enough”. Merrill Lynch noted that this comment was promptly followed by local brokers downgrading a couple of large companies to “Sell” (which rarely happens in China), and local media reported that the government had instructed brokers to base their recommendations on fundamentals, which has proven an effective way to regulate stock prices. And if this was not enough, another vice chairman at the China Banking and Insurance Regulatory Commission said on 11 March 11 that the regulator will not promote further buying of A-shares through wealth management products (source: Merrill Lynch)

For top-down equity managers like us, A-shares appear to be an interesting investment. From a fundamental perspective, A-shares are a better proxy of the Chinese economy, offering a complementary reflection of the opportunity set compared to H-shares. Moreover, the A-share market is the second largest in the world, thus offering an array of opportunities in terms of diversity, and is simply too big to ignore in our opinion.

Within our emerging markets portfolios, we generally held an overweight position in A-shares since their inclusion in the index last year. This exposure had been initially implemented via an ETF, but we are starting to see a number of factors that seem to be calling for direct investment in stocks:

Within our emerging market portfolios, we expect to maintain an overweight position in Chinese A shares as we believe they will benefit from a higher inclusion factor in the index and from the ongoing stimulus. We bear in mind that A-shares, H-shares and Chinese ADRs are all Chinese companies, and that the differences among them will likely be blurred over time. However, we remain mindful of the changing dynamics in the marketplace and their impact on valuation and investor sentiment. Yet, in the short term, as we already have an overweight position, we would avoid increasing it further given the rally that occurred over the last three months. However, we note that further market consolidation would likely provide an investment opportunity. 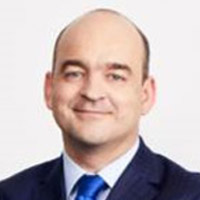