‘Sell in May and go away’ a flawed strategy

My earliest learning or memory of the ‘Sell in May and go away’ saying finishes with ‘and don’t come back until St Leger Day.’  This references the final horse race of the British Triple Crown that typically takes place in mid-September. 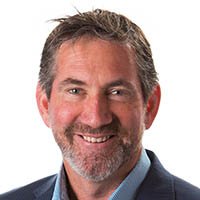 Perhaps from an Australian perspective we should make it ‘and don’t come back until grand final day!’

With an investment or market hat on, the period being referenced is most commonly accepted as being from May to October. Stating the obvious, this is a six-month period, half the year.

At times reference can be made therefore to the ‘six month switch’, I tend to think however that having a six month period makes it much easier to compare returns to the other six month period ie. from November to April.

In looking to prove the saying correct, there are studies that illustrate its merit. Bouman and Jacobsen study in 2001 showed that this rhyme was supported by the data across several equity markets around the world.

This has proven to also be true for the Australian equity market across the more recent time frame of 1998-2017.

There is no simple nor single explanation for the commonality of this observation to be the case across different equity markets.

For example, in the Northern Hemisphere the May to October period incorporates the summer months.

A period with more holidays, more sporting events, more festivals and, put simply, a much busier social calendar. Perhaps a time for many to remove some of focus away from the sharemarket (and perhaps some of their investments) and turn more focus to the social events and activities.

Thus rebuilding their positions or re-focusing their attention back to the stockmarket later in the year.

Yet this, in terms of seasons, is not the case within Australia. What might be some of the contributing factors that may lead to this period being on average a weaker one for the Australian sharemarket.

Domestically the month of May is known as ‘confession season’.  In a broad sense companies announce their results in June, but in May they have good visibility of what their full year results are likely to be.

If the results are not looking good and are expected not meet the markets expectations, May is typically when such companies would announce a profit warning or at least inform the market of such.

Such announcements would put downward pressure on the stock market.

Another similar influence is perhaps linked to the fact that three of the big four banks (NAB, CBA and ANZ) all go ex-dividend in May and CBA in June.

Many investors look to ‘harvest the bank dividends’ by holding them, subject to the 45 day holding rule, to receive the dividend but then subsequently dispose of the shares that can again exert a level of downward pressure on banking share prices across the May and June period.

While harder to perhaps quantify, typically (although not the case this year), the Federal budget is released in May.

Depending on what it may or may not contain, the budget can be a source of uncertainty for equity markets and perhaps to investor confidence across some sectors of the market.

Any elements of budget uncertainly are more likely to have the impact of a drag on the equity market than being a source positive influence and strength.

Having several different influences or factors leading to the ‘sell in May and stay away’ phenomenon on average over time being supported, it can also end up being a self-fulfilling prophecy.

Investor sentiment and confidence, or lack thereof, does play a role in influencing the direction and/or strength of the stocks market.  Should the ‘sell in May and stay away’ negativity gain traction itself with investors, it is perhaps then even more likely to play such a role.

This assessment, however, is looking at the shorter-term timing and comparison of only six months of the sharemarket versus the other six months.

It does not in any way mean it is an investment process or rule that should be followed or relied upon. Certainly not to the point of being invested for one six-month period and not for the next – a six-month switching rule if you like.

As even during the perceived weaker months of May to October positive sharemarket returns are often achieved. While perhaps they may not be as strong as the alternative six month period, an investor would still be better off having been investors for the full 12 month period.

This only goes to highlighting the benefit and importance of long term investing.

Equally this assessment or comparison is only looking at the sharemarket as a whole. It is paying no relevance at all to active management and the assessment or analysis of macro-economic items or industry factors, nor to other technical and company specific factors.

What may this mean for the Australian sharemarket and the remainder of the 2019 year?

As stated earlier the ‘sell in may and go away’ analysis is conducted on averages – the phenomenon doesn’t hold true every year. It didn’t last year.

Calendar year 2019 has already seen strong returns recorded by the Australian sharemarket. If one continued to reference and utilise ‘averages’, they could expect that the remainder of the year is likely to provide much weaker and subdued returns so that the overall yearly average is met.  But we all know it doesn’t work that way!

The average is simply that, the ‘average’ of many individual recorded outcomes – there is no particular rhyme or reason why one year of returns would be the same, different, better or worse than the one before. The same applies to considering returns across any periods including May-October and November-April or other six monthly periods like January-June and July-December.

‘Sell in May and go away’ is a catchy saying that is interesting to observe, but not something that should be relied upon when it comes to making investment decisions.

‘Sell in May and go away’ a flawed strategy 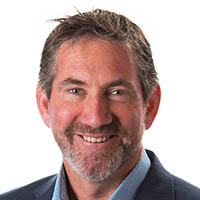