An outside view of the US/China trade war

The US/China trade war has some similarities with the Brexit negotiations. 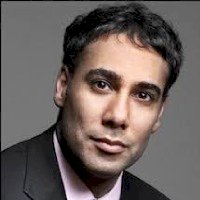 Officials in both situations are under pressure to announce a headline agreement, leaving the details to be worked out later. However, details are important when the stakes are so high, meaning investors hoping for a decisive resolution to the trade war could be in for a long wait:

Trade tensions between the US and China have been rumbling on in the background while global markets made substantial gains this year, hitting all-time highs in the US in the last couple of weeks. Investors hopeful of a meaningful agreement and a potential unwinding of recently imposed tariffs have been served a wake-up call.

The commitments contained in the 150 pages of text negotiated between Washington and Beijing were called into question by President Donald Trump in a series of tweets, both for not being substantive enough and a sense that negotiations were taking too long. His measured response? To raise the stakes on China by increasing both the rates on existing tariffs and threaten to broaden the value of goods in scope. Inevitably, China has retaliated.

This escalation has clearly unnerved markets, but most investors are now hoping for an accord to be reached before Trump and Xi meet at the G20 in Japan next month. As the focus narrows on the detail of the framework and the areas of contention, it may be more helpful to take an ‘outside view’ and look at precedents when considering this recent escalation in trade tensions between the world’s two largest economies. Doing so does not make me hopeful.

Brexit has taught us an important and relevant lesson: when the terms of trade between economies are thrown up in the air, catapulted largely by domestic political motivation, both a confusion and a complication result. The confusion is the mistaken belief that that something so emotively and rapidly triggered can be somehow resolved with the same expediency. The complication is the attempt to establish substantive economic or political agreements against a ticking clock, especially where the original driver was rejection of the status quo rather than defining a satisfactory end state.

Let us be under no illusion, the agreement that the US and China are hoping to reach would be the most substantive change in their terms of trade since China joined the WTO in 2001. As with Brexit, when the stakes are so high, the detail really matters. But there is an eerie echo from Brexit in the language being used, that as long as a high-level accord is struck the detail can be worked out later.

The US/China agreement may prove the exception, but I think investors should not put a high probability on the chances of a quick resolution and should instead expect the uncertainty that has resurfaced to remain for an extended period. As Hong Kong-based economist Louis Gave recently said, even if Trump softens his tone and adopts a determination to conclude negotiations, it may be hard to achieve “a ‘great’ or preferably ‘beautiful’ trade deal” without understanding what such a deal would look like. President Trump might be frustrated that the deal with China is taking too long but he may need to settle in for what could be a long ride.

What does all this mean for markets? Even without this recent backward step in the trade negotiations between the US and China, markets had been posting substantial returns despite heightened political and economic uncertainty and against a backdrop of deteriorating data and negative revisions to corporate earnings globally. I think we have been due for a period of consolidation in markets. If the trade war between the US and China continues to take centre stage for investors, then this period of uncertainty and increased volatility may be with us for a while yet.

An outside view of the US/China trade war 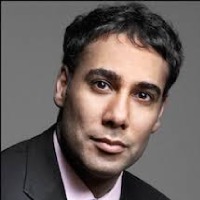