Prepare for the economic impact of a populist future

The resurgence of populism has abruptly reshaped global politics over the past few years. 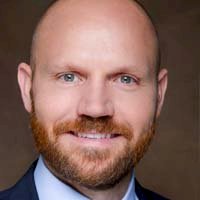 Although markets are quick to respond to individual events—such as a populist party’s rise to power or the introduction of a tax cut or spending increase – they have yet to grasp how populist policies could affect the global economy over the long-term. This poses a challenge for investors, who need to understand the economics of populism to effectively navigate the changing market environment in the years ahead.

Redistribution is key to populist thinking

The key economic objective of populism is the redistribution of wealth and income from a corrupt elite to virtuous, ‘ordinary’ people. This is true for both right-wing and left-wing populists, although they disagree on who qualifies as ‘ordinary’ and who doesn’t. To achieve redistribution, populists typically favour loose fiscal programmes combined with policies that directly challenge central bank independence, corporate governance, and property rights. Typically, this approach has resulted in negative economic outcomes such as unsustainable fiscal deficits, high inflation and weaker currencies, which eventually lead to slower capital formation as business confidence ebbs. While growth might initially be supported by some of these policies, it is likely to suffer over the longer term as their effects mature.

Economically, this picture resembles the United States in the 1970s – a decade in which both inequality and profit margins fell meaningfully. The economic policies of the period were characterized by a combination of price controls to limit inflation and expansionary fiscal policies to support real income growth, enacted against a backdrop of shocks from rising oil prices. These policies caused equity markets to rise well below inflation, nominal bond yields to rise while real yields fell, and the dollar to depreciate against other major currencies.

Pressure on central banks to adopt accommodative monetary policies will typically lead to increased inflation expectations, steeper yield curves, lower real yields, and currency depreciation. At the same time, the push for income redistribution and higher wages reduces profit margins, which, in combination with rising macro uncertainty, challenges equity valuations. Both sovereign and corporate credit spreads can be expected to widen when governments undertake fiscal expansion amid a backdrop of limited fiscal space. The early signs of this can be glimpsed in President Trump’s deficit‑financed tax cuts and the ruling Italian populist coalition’s battles with the European Union (EU) to push through an expansionary budget.

Faced with loose fiscal policies and reduced property rights, investors in countries ruled by populist leaders are likely to turn to inflation-linked bonds, real assets and gold, which may perform well during periods of rising uncertainty and heightened inflation. Investors are also likely to avoid the currencies of populist-ruled countries, boosting the currencies of countries with more mainstream governments.

How does it end?

It is unlikely that the current generation of populist politicians will deliver the income redistribution and social mobility that their base demands. Jobs that have been outsourced to other countries cannot easily be repatriated, and excessively loose fiscal policies invariably have outcomes that dent business confidence and reduce capital formation and job creation—i.e., the initiatives are a drag on growth, which probably makes income redistribution and social mobility harder, not easier, to deliver.

But it would be a mistake to think that the potential failure of populist politicians will lead to the early demise of populist politics. Voters’ demands for greater equality and social mobility will not be silenced until they have been met – and if the first populist government that is voted into power fails to deliver, voters are more likely to elect another populist candidate than to vote for mainstream candidates.

Moreover, it is not only populist, “alternative” candidates who promise greater equality and mobility; incumbent politicians are likely to shift their stances to address the populist threat. To keep populist politicians from power, mainstream parties will find that they must offer a viable alternative – that is, center‑right parties must shift further right, and center‑left must shift further left. In this way, populist movements can exert considerable influence over policy without actually gaining power.

The path forward is fraught with uncertainty. It is important for investors to embrace the possibility that the populist movement is a long‑term, structural phenomenon – and if it is, it will have long-term, mainly negative, economic outcomes.

Prepare for the economic impact of a populist future 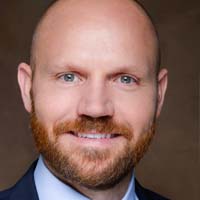