The euro zone has for some time faced a lot of economic, regulatory and political uncertainties and challenges. The European Central Bank has done much to improve monetary policy transmission in order to support the banking system and economic growth. 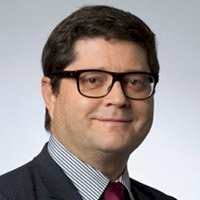 Nevertheless, without further political and fiscal reforms, euro-zone economic activity has been relatively weak, leading to an inflation rate stuck at around 1 per cent, far below the ECB’s target of 2 per cent. That has allowed external issues such as Brexit, the slowdown in China and the tariff war with the US to cause strong investor pessimism, pushing the yield on the 10-year German Bund back into negative territory.

However, we would like to send a more positive message. The reality of the current picture of the euro zone is much more complex than the one painted by poor market confidence and certain leading indicators.

For the time being, domestic activity is actually holding up quite well. Household confidence remains high, thanks to job creation and wage increases. The services sector is buoyant, supported by public expenditure and a real-estate boom that is being powered by very low interest rates. Banks are now active and supporting the economy again in all euro-zone countries. Outside of Italy, even capital expenditure was growing up to the end of last year. Taken as a whole, household and corporate fundamentals are perhaps at their strongest in a decade.

Concerns have been concentrated in the industrial sector, particularly since October, when an exceptionally cold winter, a global exports slowdown and new pollution standards for cars severely dented performance. However, it is important to put this into perspective: Recent exports performance represents something of a normalization after an unusually strong 2017, and a return to a period of stronger domestic activity. Moreover, because the industrial sector represents less than 20 per cent of euro-zone activity, the region’s aggregate growth should remain positive.

Historically, euro-zone GDP growth has been linked to the level of real interest rates and the strength of the currency; right now, real rates are at historically low, negative levels, and the euro is at 1.13 against the dollar, well below the 1.25 level at which it has tended to have a positive impact on the euro-zone economy.

Of course, pessimism has been reinforced by political risks.

A no-deal Brexit could impact industrial sectors, especially in Germany. The fact that this prospect has been delayed until the end of October should boost activity for the next few months, but it will also give Continental European businesses more time to find solutions to the potential disruption and higher costs they face once Brexit finally arrives. Indeed, as it appears more and more likely that a fragmented UK parliament will fail to reach agreement, many corporations may choose to transfer a part of their production capacity out of the UK and into the euro zone, which would be supportive of the euro-zone economy.

The other major political issue is the global trade and tariff war, which has significantly affected Chinese growth, with knock-on effects in the euro zone. The US presidential administration’s apparent pivot from China to Europe on this issue heightens the risk. Thanks to its large car-manufacturing sector, Germany has been impacted so substantially that economists expect it to grow less than France this year. It is not hard to imagine weakness in German manufacturing spreading through the euro zone, given that Germany represents one-third of the region’s output.

Still, we do not believe one of the best industries in the world, whose business models are based on high-quality technology and services, is likely to be severely destabilized by these disputes. Ultimately, we believe global demand remains more important for German exports than US demand alone; for example, Germany’s automotive sector exports $26 billion per year to the U.S., but $50 billion to Japan.

In conclusion, we think that current market pessimism may be overestimating the economic slowdown in the euro zone, and underestimating the strength of domestic demand growth that is being supported by ECB policy, stronger banks and the cheap euro. Investors also appear to undervalue the ability to respond to recent difficulties that euro-zone industry has demonstrated.

We think that is why the ECB’s more cautious long-term outlook does not focus on weakness in the domestic economy, but rather the challenges coming from the global picture, such as lower growth in emerging economies and the threats to global trade. 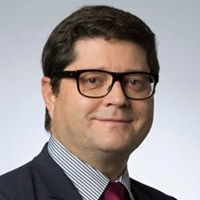