The prospect of a “trade war” between the US and China has caused some trepidation over the past year. But are the fears of economic fallout from this “war” warranted? 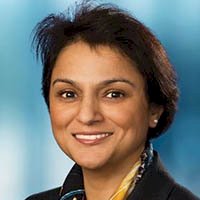 For over two years we have lived in fear of trade wars – fear that a spreading escalation of protectionist measures would cripple global trade flows and send the global economy tumbling into a severe downturn.

Yet global trade hasn’t collapsed, and the global economy hasn’t stalled. Global trade wars are the ‘dog that didn’t bark’.

Global trade did slow down during 2018, but that partly reflected payback from a very strong 2017, when global trade expanded 4.7 per cent – more than three times as fast as the year before. Last year’s 3.3 per cent pace still compares favourably to the 2.0 per cent average of 2012–2016.

Global trade slowed further at the end of last year: The three-month moving average held around 5 per cent for most of 2017, then stepped down one notch to about 4 per cent for the second and third quarters of 2018 and crawled to a halt by January 2019. This needs to be watched closely, but before panicking we should note that we have seen significant decelerations in global trade twice before in this decade (2015–2016 and 2011–2012), and both times trade rebounded nicely.

More importantly, global growth held steady at 3.7 per cent last year, unchanged from 2017, even as global trade decelerated. Neither the fear of trade wars nor the actual slowdown in trade flows was serious enough to cripple global economic activity.

There are three reasons why global trade tensions have had limited impact on global growth.

First, the spectre of an all-out trade war with protectionist measures spreading like wildfire, which has been constantly invoked by pundits, has not materialised. Even the toughest bilateral negotiations continue to be punctuated by targeted and measured actions, not a tit-for-tat escalation of tariffs.

Why? Well, at least in part, because the US does have a point:  almost everyone charges higher tariffs; even the European Union (EU) charges import tariffs that are on average 50 per cent  higher than the US (5.1 per cent vs. 3.4 per cent). The chart below shows that the countries that the US had the most contentious discussions with (highlighted in green) all have significantly higher tariffs than the US.

The impact on global commerce, therefore, has been limited, and I expect the coming months will show a stabilisation in global trade flows after the recent deceleration.

Businesses can handle uncertainty better than pundits do

Economists also appear to have underestimated companies’ ability to adapt to the limited supply chain disruptions seen so far.

This amounts to an important structural change, driven by three major factors.

First, strong economic growth in EMs created a burgeoning middle class that started to absorb a growing share of global consumption. A larger share of the goods and services produced in China, India and other major EMs are now consumed locally rather than exported. The McKinsey Global Institute notes that EMs’ share of global consumption has risen about 50 per cent in the last 10 years, and it projects that EMs will consume almost two-thirds of global manufactured goods by 2025.1

Second, several EMs have begun to develop stronger domestic supply chains, to improve efficiency and speed to market.  This has increased the importance of intra-regional trade. And together with stronger EM consumption, it has boosted the so-called South-South trade (the proportion of trade that occurs across EMs rather than with advanced economies) by nearly 40 per cent over the past decade.

Third, new advanced manufacturing technologies have greatly reduced the importance of lower labour costs and encouraged advanced economies to reshore production to take advantage of better infrastructure, a more skilled workforce and, in the case of the US, declining energy costs. Similar technological innovations have also boosted the role of trade in services – including digital services and intangibles like intellectual property – which has been growing at a much faster pace than trade in goods.

To put it differently, the tariff wars that many are so worried about focus on traditional industrial sectors, while trade keeps shifting to the new sectors of the economy. This might explain why the impact of localised trade disputes remains limited.

First, global growth will likely surprise to the upside, because fears on trade remain exaggerated. This, in turn, will support an upward drift in yields compared to market expectations, despite the markets pricing and re-pricing US Federal Reserve interest-rate moves.

Second, the real action is at the micro level: Targeted sanctions will impact pockets of the corporate world, including through trade diversion. More importantly, developments with intellectual property protection and related security issues (think of the Huawei case) will impact productivity and relative competitiveness trends for both corporations and countries for decades to come. We will all need to pay closer attention to this as we calibrate our exposure to countries, sectors and individual corporations. 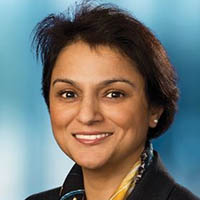