Big growth opportunities for global small and mid-caps – why now?

With the painful drawdown of Q4 2018 and subsequent sharp year-to-date rally in global equity markets behind us, many investors are currently thinking – where to from here? 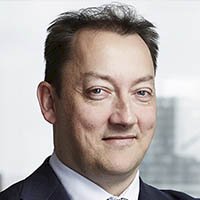 At this late stage in the cycle, investors looking to deploy fresh capital or make structural changes to their portfolio should be considering alternative sub-asset classes to reduce risk and sustain growth.

Volatility is here to stay in 2019

The unfortunate reality is that we are in the very late stages of what has been an incredibly long bull market in equities. The multitude of risks in global markets are there for all of us to see and as investors, we are staring down a softer global economic backdrop and quite possibly a period of softening earnings.

We would argue that changes to the “growth” component of a global equity allocation now could prove to be very pertinent. Simplistically, many large global portfolios “growth exposure” could be categorised into three buckets – 1. Large Cap Growth, 2. Emerging Markets, and 3. Global Small Caps.

Large Cap Growth has been the stellar performer in most portfolios for several years. Growth stocks have now become very expensive and if we do head into a period of slowing earnings, large cap growth stocks are particularly vulnerable to the ‘double whammy’ of earnings downgrades and multiple compression.

The fact that such stocks are so widely held by all forms of active and passive investment strategies arguably exacerbates the risk of drawdowns in such names. In summary, large and mega caps have been an amazing contributor to portfolio returns over several years but now could be a very good time to consider restructuring this growth component.

Emerging Markets has arguably also played a ‘growth role’ in most global portfolios for many years. While the long-term performance of EM has been very good, as an asset class it has been susceptible to quite sharp drawdowns (absolute and relative) when markets have retraced.

Thanks to a stellar 2017 for EM, over the three years to February 2019, the asset class has outperformed by 2.4 per cent annually. Having said that, the asset class is not without risk and as it becomes increasingly dominated by Chinese equities – the obvious geopolitical risks that we read about daily will continue to weigh on sentiment.

Global Small Caps is another ‘growth’ player in global portfolios that has outperformed over a long period of time. Liquidity and implementation issues seem to be the two interconnected issues that prevent asset allocators from making bigger allocations. In other words, there is a scarcity of managers who can manage reasonable assets in the Global Small Cap asset class.

We would also make a broader observation that Small Cap stocks – because of the liquidity issues – can, in some cases, be vulnerable to periods of market volatility.

Global SMID Cap stocks are probably the least well-known or used of the aforementioned growth options used within global portfolios.

Over 20 years, SMID cap stocks have outperformed all other sub asset classes in global equities and have better downside protection characteristics than their other growth comparables. We believe that they should play an important growth role in Global portfolios.

From a timing perspective, we would argue that an allocation to Global SMID makes sense now. Over the last 5 years, Global SMID has lagged MSCI World by 0.81 per cent annually – which is not surprising given the mega cap-driven bull market we have been through.

While it may seem somewhat counterintuitive, we feel that SMID Cap earnings as a whole will actually hold up better in what could be a softer earnings period for global equities.

The companies, by their very nature, tend to be more domestic-orientated and therefore less vulnerable to the various geopolitical issues – trade wars, Brexit etc – that can weigh on the mega cap global companies with geographically diversified earnings streams.

And as we move into a more volatile economic environment, we can see these large and mega caps looking vulnerable and we would argue that an allocation to Global SMID at these levels makes sense.

Big growth opportunities for global small and mid-caps – why now? 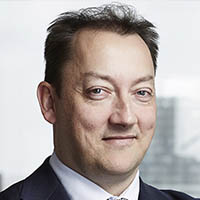