The current market and political environment is creating a golden opportunity for yield investing. 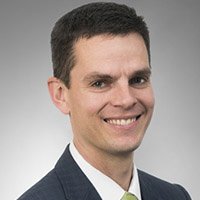 Interest rates around the world, including Australia, have been falling recently. Where conventional wisdom one year ago was for rising rates, now expectations have factored in domestic rate cuts and falling yields over the next three years. Australian 10-year government bonds, for instance, are at a record-low of 1.75 per cent.

Fortunately for investors, equity market yields remain attractive and have increased significantly in the first half of 2019.

The increase has been triggered, in part, by a raft of proposed tax changes from the ALP that will negatively impact the after-tax outcomes for many Australian investors should they be enacted. Arguably the most controversial is the removal of cash refunds of franking credits.  This change is not grandfathered and results in an effective 30 cents in the dollar reduction in the value of fully franked dividends for tax-exempt investors (pension phase SMSFs and very low-income individuals) who will not be able to reclaim franking credits. This proposed change is scheduled to occur on 1st July 2019 which has provided an incentive for Australian tax-paying companies to distribute franking credits on their balance sheet prior to this date so their tax-exempt investors can use them.

This period may be looked back on in future years as a golden opportunity for yield investing.

During the February 2019 reporting season, a number of companies announced significantly increased or special dividends and Caltex announced a $260 million off-market buyback that is due to be completed in April 2019.

The median increase was just 5 per cent, but the value-weighted average increase was a massive 56 per cent, reflecting the impact of several large companies who had significant dividend increases. This provided a dividend bonanza for investors during the first quarter of 2019.

Plato expects this to continue into the second quarter.

A significant portion of this dividend windfall occurred in the resources sector which are taking advantage of commodity price increases while not undertaking significant investment in new or larger mines.

Woolworths have also flagged plans to return up to $1.7 billion to investors, including an off-market buyback after the sale of its petrol business is finalised.

The financials and property sectors made up the majority of the dividend cuts. By contrast, Telstra again cut its dividend, bringing the cut in its ordinary dividend (which was 5 cents in 1H2019) to 68 per cent from 2 years ago.

In order to benefit from this short-term windfall, one option is for investors and advisers to stay on top of the companies that are announcing and paying special dividends while avoiding any dividend traps. 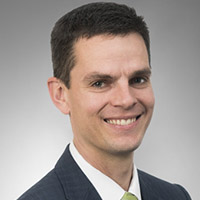