The Fed’s overarching goal is to protect and extend the economy recovery. That is as it should be. Recently, however, the Fed has also shown more interest in raising inflation and inflation expectations. 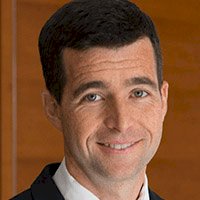 This includes a movement towards “average inflation targeting” (AIT), which would require the Fed to aim for above-target inflation in some periods, in order to offset other periods when inflation is below target.

The Fed’s ability to drive inflation expectations higher, however, is questionable at best. A large part of the problem is that the Fed has damaged its own credibility by subordinating its inflation objective over the last few years. Actions speak louder than words and the Fed’s actions have consistently called into question its commitment to higher inflation. To re-establish its credibility, the Fed would likely need to take some concrete action in pursuit of higher inflation.

In the current environment, the policy prescription coming from AIT is straightforward – the Fed should be cutting interest rates. The Fed’s own projections for inflation never rise above 2 per cent, in spite of a forecast for continued growth and stable unemployment. Even if we assume those forecasts will prove to be accurate, the inescapable fact is that these inflation forecasts are below the AIT requirement of inflation rising above 2 per cent. Projections for inflation below where the Fed wants it are usually associated with easing policy.

The problem is that cutting rates in the current environment would run against a number of the Fed’s biases. First, the Fed tends to be more focused on the unemployment side of the dual mandate. It would be uncharacteristic for the Fed to cut rates with the unemployment rate below 4 per cent. Second, the Fed generally expects inflation to pick up. An easier solution to the AIT problem would be for the Fed to simply raise its inflation forecasts. Indeed, that’s been the solution over the last few years.

Finally, it’s not obvious that Fed officials are ready to take meaningful risks with policy at the moment. They may need to take risks in the next recession, so it’s arguably better to save their political and social capital for that, rather than trying to get inflation a few tenths higher today. These biases could be overcome, and the Fed could cut rates, but that would be a very surprising outcome. After all, as recently as last week there wasn’t a single FOMC member that had rate cuts in their forecast!

Even if the Fed were to take a concrete action toward supporting inflation, it’s not clear that would be sufficient to raise inflation expectations. Over the last few years, a number of central banks have attempted to raise inflation expectations. The attempts have ranged from the mostly rhetorical (e.g., the Fed’s embracing a “symmetric” inflation target) to the more substantive (e.g., the Bank of Japan’s “bazooka,” which included negative rates, unlimited quantitative easing and aggressive forward guidance). Yet, in all cases inflation expectations have trended back down after a short-lived rise following the announcement. The determinative factor seems to be that realized inflation has failed to pick up. 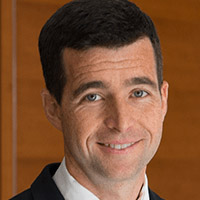