Now is the time to revisit emerging markets

With the cooling of developed economies following a record bull run, and interest rates approaching a likely peak, a new cycle in emerging markets is appearing on the horizon. 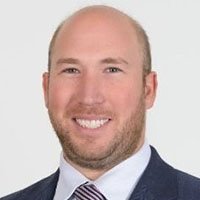 Locally, there are also other factors at play. While Australian investors have been gradually unwinding their home biases for a number of years, the Australian Labor Party’s proposed changes to franking credits may accelerate the trend.

If the changes do take place, we expect many investors will rethink their allocation to Australian equities. This may also have an effect on the domestic hybrid market which could lead to more interest in emerging market debt, given its relatively higher yields.

Emerging markets – worth a closer look?

In the last 15 years, we have seen two very different cycles in emerging markets: the strong growth and high returns from 2003 to 2012 and lacklustre performance and stubborn headwinds from 2013 to 2018.

We believe emerging market equities are now well positioned, having worked through the fragilities of the last cycle by engaging in reforms and conducting prudent fiscal monetary policies. In the private sector, corporations have relatively low leverage and high cash balances.

While we are unlikely to experience the double-digit returns emerging markets once generated, we believe current emerging market valuations do not reflect their current strength.

We think there is now a strong case for investors to reassess emerging markets – not only as an allocation with the potential to deliver attractive risk-adjusted returns over the medium term, but also as a long-term holding within a portfolio.

What we are currently seeing in emerging market economies is a more conservative approach to growth than has been seen previously. Let’s look at China’s economy as an example:

China’s accession to the World Trade Organisation in 2001, coupled with the clean-up of the country’s financial system and state-owned enterprises, laid the foundations for a period of remarkable growth. This would see nominal GDP rise nearly six-fold, and its share of exports rise from less than 4 per cent to over 10 per cent between 2000 and 2011.

When the global financial crisis and a devastating earthquake hit China in 2008, the nation’s nominal growth slumped from a peak of 23.8 per cent in the fourth quarter of 2007 to 6.6 per cent in the second quarter of 2009. What followed was a poorly targeted and ill-disciplined package to stimulate demand, with a focus on quantity of growth rather than quality. China then increasingly came to rely on debt to support its economic expansion over the next cycle.

In recent years, however, China has been implementing a range of measures to ensure more consistent growth, with a continued focus on quality. That means a continued rotation away from exports and investment, and towards consumption and services as the drivers of growth.

Looking forward, we expect Beijing to continue to use counter-cyclical policy such as tax cuts and a reduction in the bank reserve requirement ratio when required. We also expect more financial liberalisation, which will help professionalise China’s capital markets. Importantly, we do not expect to see a repeat of the mistakes of the past.

From a policy perspective, prudence is in ascendance across many emerging markets. Far-reaching Chinese reforms have been echoed in reform agendas of varying depths by countries as diverse as Brazil, South Africa and Malaysia.

On the political front, populist movements have generally failed, bringing about a return to pragmatic macroeconomic policies and while some large developed economies retreat from globalisation, most emerging markets continue to look outwards, seeking to deepen integration through regional trade agreements.

In our view, understanding the drivers and dynamics of the two most recent emerging market cycles is crucial to anchor expectations for the future. Investors should neither expect a repeat of the returns experienced in the stellar cycle or the lacklustre returns of the most recent cycle.

From a valuation perspective, the next cycle’s starting point is not quite as favourable as 2003, but for the most part is far better than 2013.

A further potential positive is that allocations to emerging markets are at low levels currently. Globally, allocations have fallen from 18 per cent in March 2014 to 10 per cent at the end of 2018. We anticipate inflows over the coming years as investors re-engage with emerging markets.

As with any market, there are of course potential risks to consider and we believe the fates of the world’s largest economies will continue to influence the outlook for emerging markets.

The biggest danger is trade tension between the US and China, with rivalry between the two superpowers likely to remain a persistent theme. A significant recession in the US could also provide a temporary challenge in emerging markets.

With so many countries in the benchmark definition of emerging markets, we believe active management of assets is essential. With passive exposure, investors get both the good and the bad, which can be disastrous from a portfolio perspective.

Having an active manager with a focus on environmental, social and governance (ESG) issues can also be especially beneficial, removing many governance risks that would not be picked up and avoided in a passive portfolio.

Overall, our outlook for emerging markets is positive for both equities and debt. For investors with an understanding of the risks, an appropriate time horizon, and reasonable expectations, we regard this as an attractive entry point and a good time to reassess existing allocations.

Now is the time to revisit emerging markets 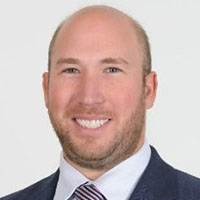