Over the past six months, market sentiment around the world has shifted to favour lower-risk stocks. This shift provides further evidence that defensive equities may continue to outperform in the short run. Investors should take robust, nuanced and wide-ranging measures of value, quality and sentiment into account when choosing defensive stocks. 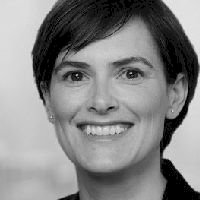 Measures of market sentiment are typically the fastest-moving signals we use to predict stock returns. We gauge sentiment using price movements, hedge fund positioning, forecasts of earnings and sales, and other metrics. The change that we’ve observed in sentiment over the past six months supports the observation that more normal levels of stock-market volatility are motivating investors to seek lower-risk, more defensive stocks. At the same time, this shift in sentiment provides a forward signal about the stocks that may benefit most from strong sentiment in the short term.

Sentiment and risk at the sector level

Building on our recent commentary, right now the stocks with the strongest market sentiment at the sector level include many sectors traditionally considered to be low risk: consumer staples, health care, software, utilities and REITs. Six months ago, at the midpoint of 2018, the story was very different. Energy, commercial and professional services, consumer services, pharmaceuticals, financials and software all had the strongest market sentiment.

Indeed, analysis of our proprietary sentiment and risk measures show that low-risk sectors now have more positive market sentiment than they did in June 2018. First, we categorized GICS industry groups as low, medium or high-risk using our proprietary risk metrics as of June 2018, and again as of January 2018. We observed that there was very little change in our risk rankings; indeed, our risk rankings today are virtually identical to the risk rankings in June 2018.

Next, we assessed the change in our propriety sentiment scores – based on a robust range of industry-specific metrics including measures of price changes, trading volumes, changes in earnings and sales forecasts, and hedge-fund positioning – for each sector between June 2018 and January 2019.

When we looked at risk and sentiment dimensions together, a pattern emerged. At the extreme, high-risk sectors either continued to suffer from poor sentiment, or they shifted from positive to negative sentiment between June 2018 and January 2019. Meanwhile, low-risk sectors either continued to benefit from positive sentiment, or they shifted from negative to positive sentiment. As it stands now, low-risk companies are consistently benefiting from good sentiment, while high-risk companies are consistently suffering from bad sentiment.

Sentiment and risk at the regional level

If we examine sentiment by region, we see that six months ago, there were differences around the world. This has changed. Currently, sentiment is aligned very consistently across regions.

Our analysis demonstrates that market sentiment is now highly correlated with low risk in every region – that is, stocks with the strongest positive sentiment tend to have low risk attributes and vice versa. Six months ago, investors in general were less focused on risk.

This worldwide trend is most evident in North America, which has seen the biggest change in sentiment from higher- to lower-risk companies. In June of last year, the segments with the strongest positive sentiment were commercial and professional services, software, and technology hardware. Now, food retailing, health care providers and REITs rank highest on sentiment. The segments with most negative sentiment last year were utilities, food and beverage and household products. Now, the worst segments for sentiment are energy, autos and banks.

Risk and sentiment by GICS industry grouping, as measured by State Street Global Advisors’ proprietary metrics. Risk includes volatility, beta and other measures. “Good” and “bad” sentiment represent the above- and below-average sector-level sentiment scores, respectively, as generated by State Street’s proprietary sentiment signals. “Then” refers to values as of 30 June 2018. “Now” refers to values as of January 20, 2019. Only the two most extreme industry groups in each quadrant were labeled.

Certain stocks automatically spring to mind when it comes to defensive equities, specifically those in the utilities, consumer staples, telecommunications, REITs, transport infrastructure, and insurance sectors. These segments are indeed often the segments with the lowest volatility, but we believe it’s crucial to consider additional key indicators that can help forecast risk when choosing defensive stocks. We can group these indicators according to the investment themes that form the foundation of our approach in all market conditions.

For investors who are becoming increasingly conscious of potential risk, we believe that value is an important consideration. A company with a stock price that has moved far above its fundamental value is risky to buy, no matter how low its volatility might be. Quality metrics are also important forward-looking drivers of risk – intuitively, a high-quality company in terms of its earnings, balance sheet and sustainability policies should be more resilient in the future, compared to a low-quality company. By providing an indication of shorter-term price movements, we believe that robust and nuanced indicators of market sentiment are also crucial. A stock price that’s falling, for example, most often continues to fall in the short term. That means that ignoring current market sentiment about a given stock could be risky, too.

Measures of market sentiment suggest that equity investors would benefit from being more defensive in the short term. This can obviously change as market conditions change.  At the same time, we believe that robust, nuanced views on value, quality and sentiment help to improve forecasts of both risk and return. We believe that all of these investment themes are crucial when choosing defensive stocks. 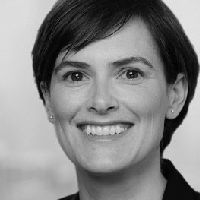