One of worst kept secrets of infrastructure investing is how many managers tend to target an extremely narrow range of physical assets by investing in just three sectors transport, energy and utilities. 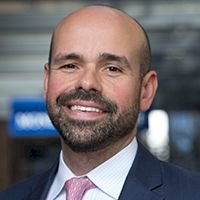 To avoid this concentration risk, we’ve taken a different approach by looking beyond the ‘usual suspects’ for attractive companies in non-traditional areas such as satellites, television transmitters, hospitals, prisons, schools and universities. While these areas might be considered unorthodox for a listed infrastructure fund, we believe they can still offer the same characteristics of the more traditional infrastructure opportunities namely steady, cash-generative businesses where investors can access the benefits of owning the underlying physical assets.

But in recent months, while maintaining that focus on ‘alternative’ areas, we’ve also been struck by the potential for finding real value in the some of the more traditional areas of infrastructure investing, particularly in the utilities sector. Many of these assets are underappreciated right now, in some cases for idiosyncratic reasons, in others because of more broad-based structural trends.

To take one example, in the UK we see a specific opportunity in listed water companies. The sector has been in the eye of the storm on two fronts. On one side, Jeremy Corbyn, leader of the opposition Labour party has said he would be in favour of renationalisation should he win the next general election. Meanwhile, Ofwat, the water regulator, appears to be increasing its scrutiny of pricing, pollution and inefficiencies in the sector. This combination of political headwinds and regulatory pressure has seen a de-rating of listed UK water stocks in recent months.

We believe the current “noise” around Labor’s potential renationalisation agenda is overcooked. Even if Labor did win the next General Election (which is far from guaranteed), governments have tended to pay a premium to bring public companies back into the state-owned sphere.

Europe: Is breaking up hard to do?

Beyond the UK, we think there are specific opportunities in Europe worth considering. One trend we’re keeping an eye on is the break-up of large utilities – most obviously energy companies with unpopular legacy assets such as coal and nuclear whose valuations are beginning to suffer. It’s no secret that the trend today is towards exposure to renewables and transmission assets. We believe a number of utilities companies have got wise to this and are preparing to spin off their ‘unattractive’ fossil fuel and nuclear energy assets, which in turn should be transformative and value-creating. It’s a strategy that worked well in Germany for a couple of large listed entities and we believe some of their European peers are preparing to do the same.

Looking to the future, the question of long-term investment in infrastructure is an important one. Right now, governments around the world are legislating for the broader adoption of renewables. In Australia, it’s a contentious political issue in the lead up to the federal election in May. In Europe, Germany is an interesting case. In 2011, it was the first developed country to commit to phasing out nuclear energy and this year it has committed to do the same for coal-generated electricity by 2038.

This is wonderful in theory and we, no less than many other conscientious investors the world over, can see the logic and benefits of this approach. But it does come with some drawbacks. For one thing, until reliable, efficient large scale energy storage becomes mainstream, renewable energy will remain subject to the vagaries of the wind and the sun. Already we’re seeing legacy coal plants being paid to stay online and contribute to the energy baseload to help bridge the gap when renewables can’t be relied on. Similarly, we believe there’s an element of ‘robbing Peter to pay Paul’ when it comes to countries phasing out certain types of unpopular energy generation. Far too often the resulting energy deficit has been solved by importing electricity from producers still using nuclear or fossil fuel.

That’s fine if only a few states or countries are doing it but what happens when everyone wants to do the same? Long-term infrastructure investment is the only way to solve this problem – and that’s just one of many reasons why we remain bullish on the prospects for the asset class. 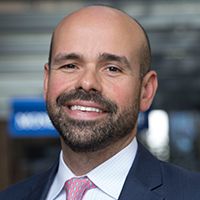