The stocks you buy depend on your brain

Despite long-term profit expectations, many people shy away from investing their money in supposedly riskier forms of investment –such as stocks. Why?

Scientists have now developed a model that makes real-life stock buying behavior comprehensible for the first time. The researchers combined socioeconomic, psychological and neuroscientific data in an innovative way. It was found that the cortical regions of the “anterior insular” (believed to be involved in consciousness and to play a role in diverse functions usually linked to emotion or the regulation of the body’s homeostasis) are more active among people who do not trade stocks. In experienced stock traders, the activity of this region of the brain was lower. The results are published in the journal Scientific Reports.

What the researchers say

The scientists examined a total of 157 male subjects aged 29 to 50 years. “In this age group, we can assume that all participants have gained at least some experience with financial investments and that their decisions are more realistic”, explains the first author. By limiting the study to male participants, gender-specific effects were excluded.

The participants first answered questionnaires on their economic situation (do you have debts?), their investment behavior (do you yourself trade stocks?) and their willingness to take risks (how risk taking are you with respect to financial investments?). They then underwent a functional Magnetic Resonance Imaging (fMRI) scan while answering the question: Should I buy a safe bond or perhaps make twice as much profit with a stock?

The experiment showed that one brain structure played an important role: The “anterior insular”, which is found in both hemispheres of the cerebral cortex. Both the left and right variants of this brain region were particularly active when a more risk-averse test subject pressed the button to buy stocks. “The anterior insular cortex acts like a stop sign and thus cautions against risky decisions,” report the team. However, the structure was significantly less active in subjects who had already bought stocks at some point in their lives than in subjects who generally shy away from financial risks.

By contrast, there was little difference between stock buyers and investors in safer products when their stock trading resulted in substantial profits. What this means is that the reward outcome – the profit made from trading stocks – had little impact on stock-buyers behavior.

Two factors are of essential importance here: risk optimism and risk tolerance. Individuals with more risk optimism are firmly convinced that investing in stocks leads to high profits. Anyone who enjoys the thrill of risky decisions has a high risk tolerance. Both factors also play an important role in the relationship between the anterior insular and the purchase of stocks. They appear to act as a mediator between brain activity and the real-life stock trading behavior.

The models devised by the scientists showed that, in addition to already known economic factors such as income and education, risk optimism and risk tolerance have a major influence on stock purchase decisions. “The exciting thing about our study is that it combines laboratory experiments with behavior in real life,” said the senior author. “We are able to demonstrate that the collection of psychological and neuroscientific data helps us to better understand everyday behavior.”

We know that many traits are genetic and that many others are the result of neurobiological activity – which itself is the result of the activity of individual genes or clusters of genes. This study is a confirmation that investing, and risk taking, are fundamentally neurogenetic in origin.

An earlier study showed that elevated levels of the neurochemical testosterone – in both men and women – led to both pathological gambling and high risk-taking and so presumably buying risky stocks.

The results are not infallible, far from it – contexts change – but are far more likely to be rewarding in the long-term.

Dr Bob Murray is a Sydney-based clinical psychologist and an internationally-recognised expert in strategy, leadership development and behavioural change.

The stocks you buy depend on your brain 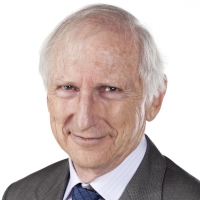