If the outlook for Australia’s banks was clouded in the immediate aftermath of the Hayne royal commission’s final report, it’s likely to get murkier still as the country heads for a federal election. How can investors reasonably assess banks’ prospects amid all the market noise? 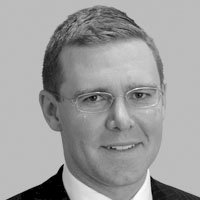 We think the answer lies in weighing up the relative importance of three factors: the fallout for the banks from the royal commission, the political risk of an electoral “bidding war” as the major parties compete on who can be toughest on the banks, and bank fundamentals.

Let’s take the royal commission fallout first. The final report was tough in some respects, particularly on banks which charged fees without delivering services, and lenient in others – it stopped short, for example, of forcing banks to sell their financial advice businesses.

The fallout has not been without its moments of drama, including the departure of the chairman and CEO of National Australia Bank (NAB) days after the report was published. Understandably, investors are wondering if other banks will suffer similar high-level departures.

Such moments capture the public’s attention, but what do they really mean? This is a useful question for investors to ask, if they want insights that go deeper than the day’s headlines. This is certainly true in NAB’s case, for example.

“Muddling through” just got harder

The high-level departures create the potential that a new CEO and chairman will change the way that senior management and the board approach certain issues. A key risk for investors in this respect, in our view, as NAB’s dividend could get cut.

The warning signs are already flashing: the bank is low on capital compared to its peers; its dividend payout ratio is high, and it’s pushing dividend reinvestment plans hard to retain capital; and its dividend yield is 7.9 per cent compared to 7.1 per cent, 6.0 per cent and 5.8 per cent for its closest rivals.

In other words, the market is suggesting that NAB’s dividend might not be sustainable. NAB, it’s true, could muddle through – by, for example, continuing to encourage dividend reinvestment and selling its financial planning and insurance business MLC.

This has become a more challenging strategy in the wake of the royal commission; however, with NAB now likely to have to provide significant indemnities to MLC’s new owner.

What about the more lenient aspects of the final report? Could they be a silver lining for the banks?

It’s been estimated that the financial liability to the banks from potential fines imposed for ‘fees for no service’ could be around $850 million, well below the £34 billion ($62 billion) so far paid by British banks for misselling payment protection insurance (PPI).

We’re a bit sceptical about this, however. While it’s unlikely that fines and reparations could equal the PPI figure, regulators are in a mood to be tough and, these days, have broad enough legislation at their disposal to make things more painful for the banks than they have done in the past.

Add to this the potential for heightened anti-bank rhetoric and policies from the federal election campaign, and the $850 million figure starts to look a little optimistic.

Now let’s weigh the third factor: bank fundamentals. It’s fair to say that, on the key measure of earnings-per-share (EPS) growth, banks have not performed well over the last five years.

Based on the banks’ own figures, Australia and New Zealand Banking Group grew EPS -0.9 per cent, Commonwealth Bank of Australia 2.5 per cent, NAB -2.0 per cent and Westpac Banking Corp 1.8 per cent. These are all well below the EPS growth rate for the S&P/ASX 300 Index during that time, which was 4.1 per cent, according to FactSet.

It’s worth remembering that the last five years were a relatively benign period for credit growth. If the banks failed to grow their EPS significantly then, how are they likely to perform on that measure over the next five years, now that credit growth is slowing and bad debts are rising?

How much more of a drag on EPS growth will the fines and financial remediation emanating from the royal commission be, as the banks struggle with deteriorating market conditions?

Banks will have to contend with a tighter regulatory environment, too.

The Reserve Bank of New Zealand, for example, wants them to hold more capital (which will affect Australian banks’ trans-Tasman operations) and the Australian Prudential Regulation Authority wants them to issue more hybrid debt-equity instruments, which are dilutive to EPS.

Given this, how should investors think about their bank exposures?

…and could go backwards

All up, our research suggests that the major Australian banks could face a hit of between 1 per cent and 2 per cent to their EPS growth, based on remediation, fines and other costs. In a flat market – low credit growth, no fee growth and no improvement in bad debts – this could quickly eat into profit growth.

Growth could even go backwards if, for example, bad debts rise. So, the appropriate perspective in which to see the Hayne recommendations, in our view, is that, while they may not go very far in themselves, they could add to the financial pressure likely from the banks’ shaky fundamentals.

It’s not much of an exaggeration to say that, with the royal commission fallout, the looming election and deteriorating business conditions, bank EPS growth faces a triple whammy right now.

On this basis it makes sense, in our view, to be underweight the sector in the short-to-medium term and to research individual stock opportunities rigorously. 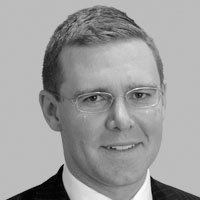