Humbled by a trip to the wood shed

US monetary policy announcements can be cryptic at times – but not so at the last Federal Open Market Committee meeting. The 30 January press conference was the final act to some dramatic theatre that does play out from time to time at the Federal Reserve. 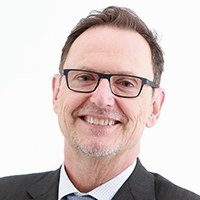 The earlier acts in this drama unfolded: new guy becomes Fed Chair, asserts his own style, becomes emboldened by his own view, makes a mistake in judgment, attempts to stick to his guns despite spreading criticism – eventually he is taken to the wood shed by the market. In the final act, he returns humbled and sets things right again.

Financial history is replete with examples of new Fed chairs facing a character-defining baptism by fire early in their tenure. In this instance, Fed Chair Powell has been humiliated by the markets for his October judgment that the neutral rate was probably a lot higher, not to mention his general disregard most of last year for the impact of US policy on the rest of the world, the impact of the global economic slump on the US, and the effects of a shrinking balance sheet. Policy has come full circle on these points. Yet at the January 30 press conference, the normally plain spoken Fed chair was evasive and unresponsive to questions seeking explanations for the policy U-turn. It’s not hard to conclude that he was embarrassed to admit that he made a mistake. He even said “we are humans, and humans make mistakes, but not mistakes of character” in response to a question about whether it was pressure from the White House that prompted the radical change in policy stance.

In practical terms, this probably means that the Fed is not going to do anything for the next six months. To be human is to make mistakes and the Fed Chair is to be commended for reversing course as decisively as he did. But it is also human not to want to be humiliated again, especially anytime soon. This should be good news for risk takers. The case for a retest of the December lows in share prices seems weakened with the Fed frozen for the moment.

The real issue now is whether the current stock of dollar liquidity is enough to support the expansion or whether the Fed needs to reverse a rate hike and/or adjust the balance sheet sooner than expected. The US monetary base is still contracting, and growing US fiscal deficits reduce the supply of dollar liquidity available to the rest of the world. Policy may already have reached – or even exceeded – the neutral rate based on the proximity of the two and five-year US Treasury rates to the fed funds rate. Historically, this development precedes rate reductions by the Fed.

Since the press conference, bond yields have been fairly stable, share prices firm while some corporate bond spreads have narrowed; so, monetary conditions seem stable for the moment. But it is still early, commodity prices have not recovered and Europe may be heading for recession. Any return to normalization seems highly unlikely before global growth rebounds, and that depends in large measure on China.

China’s authorities are doing their own version of a u-turn in economic policy. There has been no trip to any wood shed or singular inflection point of sentiment in reaction to the domestic economic downturn. But a sense of panic is building among China’s policy leaders. Last week President Xi summoned all the Communist Party bosses to Beijing for a discussion on economic and social issues. The Chinese people have not seen a recession in the 40+ years since reform started and living standards have risen steadily throughout the last four decades. As underlying equilibrium growth slows naturally, the pressure on the current Communist Party Executive to stabilize current conditions is extreme.

China’s slowdown is largely self-inflicted, in my view, a by-product of the post-2016 policy decision to refocus attention on deleveraging, smother shadow banking, and stabilize the budget deficit. This is a $12 trillion dollar economy with a 50 per cent savings rate. Most of this capital ends up in the banking system or property. Trying to muzzle credit invites deflationary forces, which is what happened in 2015 and is happening again. China’s leaders are not beholden to capital markets in the same way that US policy leaders are, but the message from them has been crystal clear. The Shanghai Composite fell almost 30 per cent last year. Large state-owned enterprises continue to be coddled by the central government, which is part of the problem. It is the small companies that generate the productivity but can’t get access to this credit.

One of the reasons for the growing sense of panic is that the authorities have already acted to implement a diverse range of stimulatory measures, but so far the economy is not showing much reaction. The Communist Executive has resisted the broadside of another major credit expansion, and instead has taken a more selective and generally more supply-side approach to reinvigorate growth. Since last year measures have included the reintroduction of infrastructure spending, selective reserve requirement ratio reductions, personal income tax cuts, lower corporate and value-added taxes for the small and medium enterprises and central directives to the big banks to lend to the private companies. My colleague Tracy Chen has tallied up the various stimulus measures at roughly 5.5 per cent of gross domestic product, based on information from JP Morgan. This kind of stimulus sounds remarkable considering the size of the Chinese economy, but it compares to about 7 per cent in 2016 and 14 per cent in 2009. In addition, the nature of the stimulus is so selective and different that it is unclear whether it will have the same firepower or yield results as quickly as previous reflation episodes.

One thing is for sure: China’s leaders will keep at it until there is a response. There are many longer-term issues to resolve surrounding this approach but in the near term the implications are reflationary. So far, the one sign that things might be starting to stabilize is the stock market which looks like it is putting in a bottom.

Humbled by a trip to the wood shed 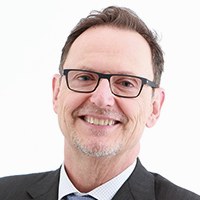