Who has the best corporate culture?

My new-age, online friends bought a couple of bedside tables from a well-known Australian website. The site said the tables were in stock and would be delivered in a week. 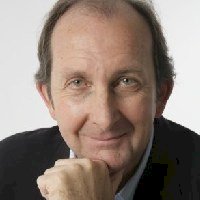 After that delivery frame expired, the company sent an email to say that they actually were not in stock and it would be another six weeks before they’d arrive. The option to cancel was given but my friends liked the tables, so they pressed on.

A month later, when the tables eventually turned up, my friends weren’t there, but that night they checked them out. They were the wrong tables! But wait there’s more — one had a dent on it!

Contact was made the next day with an Australian number that went through to the US. American accents gave that away. An hour was spent on the phone trying to communicate that the wrong item was delivered, and it took my mate many weeks and a countless calls and emails to resolve the issue.

My mate wondered if this was an experience common to other people, so he checked out www.productreview.com only to find that he wasn’t alone – this company had 170 reviews, with 150 of these having the worst possible rating of service.

The impact of the company’s decision to have people handling customer complaints like the one my friend encountered is that I now have a negative view on a company that I always thought looked pretty impressive.

This story made a money-person like me investigate how the stock market rated the company. As part of a large global group, it showed the company has been battling for five years. I wonder if its consumer-love and respect needed to be looked at?

This got me thinking about a US fund manager, based in Laguna Beach, California, which has gained a reputation for being an outperformer on the global funds management scene.

I came to know about them when the funds management company, Contango Asset Management brought WCM to the Australian market to give local investors a chance to invest along with these hotshots from the US. On a comparison basis, since the GFC, these guys have beaten the international benchmark for judging a fund’s performance and they even did OK during the GFC.

So, I was intrigued about what their competitive advantage was. I first learned that they, like Warren Buffett, prefer companies with economic moats around them, meaning that it’s hard to attack them and beat them in the market place.

But after interviewing one of the founders, Kurt Winrich (which I think is a perfect name for someone who might manage your money), I also learned that they want companies that have a growing wider moat, implying that they’re building on their advantage in the market against their rivals. But wait there’s more.

When I asked Kurt how they find these companies, he pointed out they look for companies with great cultures!

And that’s why this week, while thinking about and commenting on the royal commission, it has got me thinking about the WCM Quality Global Fund or WCMQ. Last year, my son Marty was invited to be the CEO of Contango Asset Management, so I was even more interested to learn more about WCM. Marty told me about the WCM business and approach.

“WCM's investment process is based on the belief that corporate culture is the biggest influence on a company’s ability to grow its competitive advantage or ‘moat’,” he explained. (“This process has resulted in WCM’s Quality Global Growth strategy outperforming the MSCI World Index by an annualised 5.3 per cent per annum over more than a decade, with total firm assets under management growing to over $42 billion.”)

When I interviewed Winrich for TV, he rammed home the importance of culture. “Corporate culture is a much more important factor than most realise,” he insisted.

“Intuitively, this makes sense. If your employees hate working at your organisation, they are not going to give their best efforts or ideas, and that will make it nearly impossible to have a good company (or investment).

“In contrast, if people enjoy working at their organisation, they’re going to do more for it and their colleagues – and for the customers.

“Even when you have nearly identical businesses in the same industry, there can still be big differences in business performance. For example, consider how Costco is so much more successful than Sam’s Club (a division of Walmart)!”

“Costco and Sam’s Club are two retail warehouse chains with identical business models and very similar physical stores, but when you look at the financial metrics of the two businesses, they couldn’t be more different. Costco dwarfs Sam’s Club in terms of profitability and margins, and their sales per square foot are roughly double that of Sam’s Club.  We’ve concluded that corporate culture is generally the explanation.”

There’s a lesson in this for so many struggling businesses or for organisations within our financial services industry that have been exposed for cultural problems and lack of values.

I hope the new leaders of our financial businesses work on their culture and reset their customer focus to deliver care/love for customers.

They’ll only get that right if they give leadership to their staff, so employees in turn can show genuine respect and value to customers.

Just like this company should have shown to my friends. Brand damage is so hard to repair, and costs so much, as the outcome of our royal commission shows.

Peter Switzer is one of Australia’s leading business and financial commentators.

Who has the best corporate culture? 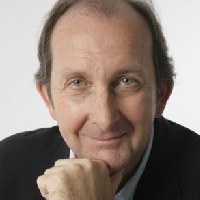