Applying hedges during periods of economic stagnation or decline can best be compared to taking out an insurance policy to offset, or more likely, to try and mitigate adverse market movements in riskier assets such as stocks, corporate credit and real estate. Hedging does not come without risks as the both the choice of product and timing of when the trade is entered will have a major impact on its potential success.

A good hedge is finding an asset where correlations to other asset classes decreases during recessions. Studies have found that gold’s correlation with stocks breaks down during recessions. This means that historically, gold will often move in the opposite direction of stocks during periods of recession. However, the mere fact that the economy enters a recession doesn’t necessarily lift the price of gold. It also depends on the behaviour of other markets.

However, in general one can say that during a recession interest rates typically go down while stocks are being hurt by a decline in earnings as consumers’ fear of losing their jobs prompts them to save money instead of spending it. While both are likely to provide support, the risk aversion associated with an economic slowdown may trigger a need from investors to reduce exposure across the board. On that basis, an already elevated speculative involvement by hedge funds could trigger selling of gold, purely from the need to reduce exposure.

There have been seven recessions since 1965 and during these periods gold rose during five while only suffering a noticeable decline in one.

One key consideration for gold in the event of a coming recession is the likely policy response, which at the margin almost must prove supportive of the nominal price of the yellow metal. If we look back at the post-global financial crisis response and the US Federal Reserve’s multiple iterations of quantitative easing, it is clear that gold rallied whenever it became obvious that the Fed was set to ease policy again – most famously when Fed Chairman Ben Bernanke tipped the markets off that QE2 was on its way in August of 2010 at the Fed’s Jackson Hole symposium.

Gold rallied in the ensuing weeks to new highs above $1,265/oz and ran up to its all-time high in USD terms in late 2011. Subsequently, gold slowly began to change its behaviour as the market realised that central bank policy was not bringing the kind of inflation that gold bulls anticipated. By early 2012, the USD was turning around, and the top in gold versus the euro was posted in late 2012 and against the yen in April of 2013, the very week that the Bank of Japan’s Kuroda launched his “big bazooka” of quantitative easing.

But that doesn’t mean gold is permanently down for the count or that policymakers can’t engineer inflation if they really want to. Consider that if the world is indeed going into a new recession now it will be doing so with record levels of debt and at low – and even in some cases – negative interest rates.

With so little policy room to work with and having demonstrated that the “old unconventional” tools of QE and ZIRP and NIRP don’t work, policymakers will inevitably reach for something new. That something new is likely to include something along the lines of nominal GDP targeting and fiscal forcing of the economy, measures that could prove far more inflationary if the focus is injecting money into the economy that will be spent rather than used to inflate asset prices, which was the chief result from QE and low rates.

In this kind of fiscal forcing or debt monetisation scenario aimed at bringing down the economy’s leverage while keeping unemployment low, gold could quickly play its role as something that retains its value relative to other assets. Certainly, the risks given the likely eventual policy response look asymmetric to the upside. 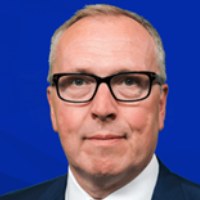