Australian house prices are falling. Credit availability is tightening. US mortgage rates are rising. These and other factors have put  building materials stocks under pressure. 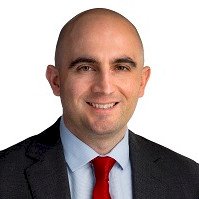 In this paper we assess value across the building materials sector given our assessment of “mid-cycle” housing starts and take a view on where we are in the housing construction cycle.

Australian and NZ-focused building materials stocks were out of favour in 2018 while stocks exposed to the US housing recovery were well-held. However, stocks across each of these markets underperformed their respective market indexes during the fourth quarter of 2018 as sentiment towards the US turned. The market is of the view that the Australian and NZ housing cycles have peaked and that the US recovery has stalled.

Of course relative performance over a quarter does not indicate value because it depends on the starting point. Rather, current free cash flow yields provide a better initial guide to assess value.

With the exception of James Hardie (where large market share gains continue to be priced in)  the other four stocks appear generally  cheaper than the market median. This is also evident in more simplistic measures such as enterprise value-to-EBIT  (earning  before interest  and  taxes), with a range of 5.5x to 9.0x compared to the market average of approximately 15.0x.

Of course, Merlon valuations are based on sustainable free cash flow rather than current free cash flow. For cyclical stocks such as building materials, we determine  sustainable free cash flow with reference to mid-cycle building activity levels. Furthermore, valuation is one of two research outputs, the other being analyst conviction.  Conviction is about market misperceptions that Merlon can refute backed by evidence.  For example, if the market is over  extrapolating  favourable  cyclical  conditions,  we  are  likely  to  have  lower  near  term earnings estimates than the market and lower conviction. Conversely, if the market is too pessimistic, we are likely to have higher estimates and higher conviction.

While end market exposures vary by stock, residential construction is clearly the key driver for the sector overall.

Within  residential, the market focuses on housing starts since this is the key driver of demand. For example, with 66 per cent of CSR’s revenue driven by new housing construction, its Building Products EBIT margin has been closely correlated with housing starts.

Increasing additions and renovations activity likely explains part of the decline (these now represent 11 per cent of total Australian residential activity, up from 3 per cent in 1974).

That  said, the decline in housing starts per capita is less pronounced in recent years.

Given our assessed sustainable free cash flow and franking for each stock, we forecast significantly positive expected returns for the whole sector relative to the market

Having formed a view on valuation, we now assess conviction with reference to where we are in the building cycles and whether the  market is overly extrapolating cyclically favourable or depressed conditions.

Australian cycle above trend and turning down, NZ also peaking

Australia and NZ are at different points in the cycle to the US. Australian housing starts and NZ housing approvals (starts not  available) are at record levels with their current cycles being stronger for much longer than prior cycles.

Until recently, the market was overly optimistic on Australia, hence our earnings estimates were generally below market and we had lower conviction. However, there are now clear signs that Australian and NZ housing starts have peaked and estimates are coming down.

With earnings estimates now coming down and market expectations better calibrated to mid-cycle levels, our conviction is beginning to increase (most recently for Boral).

While housing finance data is no longer available for NZ, the quarterly growth in NZ housing approvals has begun to turn negative.

NZ house price growth is also moderating, particularly in Auckland (the key driver of NZ house construction). This will likely put some pressure on construction.

Meanwhile, the US has experienced a very prolonged yet very slow recovery in housing starts off record low levels following the GFC in 2008.

Up until recently there has been universal optimism on the US recovery. This constrained our conviction on Boral and James Hardie. However, the seasonally adjusted annualised figures now suggest that the recovery is slowing if not stalling.

Along with anecdotal feedback from US homebuilders, there are three leading indicators of US housing starts that may explain the slowdown.

First, the US 30 year mortgage rate has been rising steadily, notwithstanding a slight pullback in recent weeks. As a result, this is impacting house affordability.

Second, the NAHB (a measure of US homebuilder’s activity) fell quite sharply in October and continued to fall in November. Finally, new home sales have been falling for quite a while now.

While we believe our long-run estimate of 1.5 million starts is reasonable, we may find that the current cycle will peak at a level well-below that.

Less market optimism on the US recovery and concerns about  margins are feeding into lower earnings forecasts for Boral and James Hardie (more on this below). Our conviction is therefore building.

We would expect some margin expansion through a housing construction recovery given fixed-cost fractionalisation and improved pricing power as capacity in the market is utilised.

However, we believe the market continues to somewhat underestimate the level of cost inflation. A stronger US economy is leading to higher labour, raw material and energy costs and there are costs in ramping up production. This was my biggest takeaway from a recent tour of BLD’s and JHX’s US operations.

While our conviction is improving as US forecasts for Boral and James Hardie become more realistic, we remain below consensus.  Therefore, we are looking for further consensus downgrades before lifting our conviction further.

Infrastructure spending to provide some offset

While there are emerging earnings concerns in the residential segment, increased government spending on infrastructure will be supportive of free cash flow over the next few years (Figure 14). This is particularly important for the likes of Boral’s and Adelaide Brighton’s construction materials businesses. Much of this work is concentrated in NSW where Boral’s market position is strongest.

M&A a spanner in the works

Our analysis of building materials stocks is not just about the cycle. We are also focused on company-specific issues, of which there are many.

Assessment of James Hardie’s “35/90” strategy is critical to estimating its sustainable free cash flow. James Hardie’s objective is to drive the fibre cement category to a 35 per cent share of the total US siding market (currently less than 20 per cent) while retaining  90 per cent share of the category. Our current estimates factor in 25/90 and margin expansion, though we plan to refresh our analysis.

Boral’s US business following the Headwaters acquisition in 2016 remains a concern. While the strategic rationale was sound, we felt Boral overpaid at the time (Boral’s High Price Acquisition of Headwaters). Given the significant recent decline in US exposed building materials stocks, Boral would have arguably been in a better position had it waited (though that is with the benefit of hindsight).

Our focus on Headwaters now centres on the sustainability of the base earnings and how much, if any, of the quoted synergies will  be retained? While synergies were a key justification for the acquisition (as they usually are), in our experience they rarely hit the bottom  line in full. Rather, some if not all synergies usually offset cost inflation and/or customer losses as existing management departs. Consensus forecasts originally seemed to imply that most, if not all, of the quoted synergies (initially US$100 million but later upgraded to US$115 million) hit the bottom line. However, as discussed earlier, we have seen Boral’s US segment forecasts  cut. Indeed, US$39 million of synergies were achieved in FY18 but these were more than offset by weather, lost volumes, operational issues and cost increases.

A resolution on the ownership structure of the Boral USG Plasterboard joint venture also looms large. This has been brought on by Knauf’s pending acquisition of USG. On this front we are optimistic that Boral is in a strong bargaining negotiation since it is not compelled to buy or sell. If it does acquire the other half of the joint venture it should be on somewhat favourable terms. We trust Boral will factor in the Australian residential slowdown into its offer price.

For Fletcher Building, key issues relate to the state of its balance sheet and construction losses that have been an ongoing source of  disappointment. On the former, the recently announced sale of Formica will enable the restatement of the dividend while leaving plenty of room to buy-back shares. On the latter, we are reasonably confident that there will be no further provisions taken on its buildings and interiors (B&I) construction projects given the large provision taken by the new CEO in 2018. However, we remain wary  of potential losses in its infrastructure business (albeit the downside is more limited than B&I).

While many companies focus on EBITDA (earnings before interest, taxes, depreciation and amortisation), we are most concerned with how much EBITDA converts to free cash flow since this impacts our valuation of a business. Despite all operating within the same sector, there are significant differences across the companies with respect to their cash generation.

Generally  speaking,  light building  products (e.g. fibre cement,  plasterboard  etc)  are  better converters of EBITDA than heavy construction materials (e.g. concrete, cement, bricks, etc) that are more capital intensive. If all else was equal, we would prefer James Hardie given it is the best cash converter of the group. Its capacity additions are well covered by the high margins it earns on its  products. Conversely, despite CSR’s exposure to light building products, its conversion is hamstrung by its poor cash generating Aluminium business.

Boral’s move to increase its light building products exposure through the Headwaters deal has led to improved conversion. Meanwhile, Fletcher Building’s conversion is depressed by its low returning Australian business.

Overall, there is room to add to our positions in the sector as conviction increases with valuations not expected to change (anchored to mid-cycle assumptions).

Adelaide Brighton, once a market darling, has lost its lustre following several  earnings downgrades and management departures. With valuation now more compelling, we have work to do to build conviction. 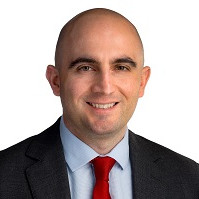