Are we in a bear market?

Given the 20 per cent drawdown of the MSCI AC World Index from its January 2018 peak, we are already technically in a bear market. 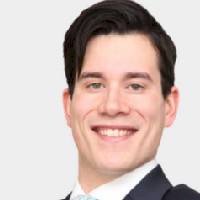 While cyclical sectors, such as technology and consumer discretionary stocks, initially outperformed their defensive peers, such as consumer staples, this dynamic reversed sharply over the past six months.

Consider the increased volatility: in 2017 there were only three days when the MSCI AC World index moved by more than 1 per cent  up or down; in 2018, there were 49 such days.

Additionally, the yield curve has now inverted all the way out to five years’ maturity – this is a potential measure of recession probability. Also, and most significantly, this includes the near-term forward spread (the difference between the forward rate implied by Treasury bills six quarters from now and the current three-month yield).

Should this environment continue to prevail, we would expect companies whose cashflows are more predictable to outperform those with greater economic sensitivity.

We also believe, however, that there would be greater differentiation both between and within defensive sectors; for example, we would expect better support for those companies with relatively lower leverage within the sector, such as healthcare or consumer staples stocks.

From the perspective of finding tactical opportunities amid this backdrop, there is still hope given that the market looks oversold – the MSCI AC World’s 14-day Relative Strength Index*, which measures the magnitude of recent price changes to evaluate overbought or oversold conditions in stock prices, hit 20 in late December 2018, indicating a relatively oversold or undervalued position. In the same period, late December 2018, less than 10 per cent of stocks in the S&P 500 were above their 100-day moving average price.

Valuations on the MSCI AC World Index look more reasonable to us now, with forward price-to-earnings ratios down to 12x on average.

Further, a dividend-oriented investment style tends to outperform in risk-off environments, perhaps because it offers investors greater clarity on how they will be repaid the capital they have invested.

However, this doesn’t mean that all defensive or high-yielding sectors will outperform cyclical ones. For example, telecoms and utility stocks appear highly levered both relative to their own history, and against other stocks. Differentiation such as this could cause the market to distinguish between those companies which rely on functioning debt markets to fund their dividends, and those such as healthcare (e.g. Roche or Pfizer) or staples companies (e.g. Unilever) which do so more organically. The former sectors may well see dividend cuts.

The good news in the short-term is that a range of signals suggest risk markets are relatively oversold and valuations are now more attractive.

This suggests scope for a counter-trend rally, but this is unlikely to be durable in the absence of trade negotiation progress or the Fed ceasing their balance sheet run-off (an aspect of monetary policy which we see as more important than rate hikes).

We therefore have a willingness to play tactical opportunities, however, we would use any rallies as opportunities to reduce exposure and add to hedges.

Are we in a bear market? 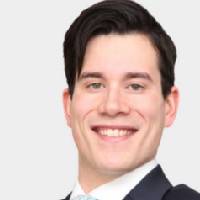