Converting the energy of household waste to power homes

More Australian councils should consider contracting with waste-to-energy conversion projects as a cost effective and environmentally friendly alternative to landfill. 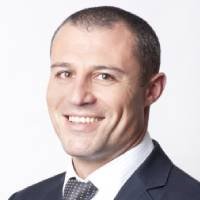 Until recently, Australia was one of the only OECD countries that hadn’t developed an industry of large-scale waste conversion projects, with the practise widespread in Europe, the United States and Asia.

The Kwinana facility enables eight Perth councils to stop sending hundreds of thousands of tonnes of waste, a quarter of Perth’s waste, to landfill every year. Instead, the waste will be burned to heat water; the steam will power electricity generating turbines, and produce an estimated 36 megawatts of low-emission energy to power 50,000 West Australian homes, with the remaining ash converted into construction materials. One typical household wheelie bin contains enough waste, on average, to produce up to 14 per cent of a household’s weekly power needs.

The facility is scheduled to open by the end of 2021 and will process 400,000 tonnes of household (red bin) and commercial and industrial waste a year.  It is expected to also reduce CO2 emissions by 400,000 tonnes a year, equivalent to taking 85,000 cars off the road.

Modern waste-to-energy plants are very different from the trash incinerators that were commonly used until a few decades ago. Modern ones remove hazardous or recyclable materials before burning, and operate at much higher efficiencies and levels of environmental compliance.

Waste-to-energy should be an integral part of a larger urban waste management strategy and system because it complements the 3Rs of Reduce, Reuse and Recycling. It can replace the growing reliance on unpleasant and expensive landfill disposal with a clean, environmentally-proven, sustainable process.

There are already more than 1,000 similar facilities serving communities around the world. As far back as 2011, Norway was generating power from almost two-thirds (60 per cent) of the waste it collected, recycling close to 40 per cent with just 2 per cent sent to landfill.

Australia should follow-suit – and soon. Bio-energy (producing energy from materials such as the by-products of agricultural, forestry and food waste) is something both the Commonwealth Science and Industrial Research Organisation (CSIRO) and Australian Renewable Energy Agency (ARENA) have championed and Federal Energy Minister Josh Frydenberg has expressed support for the  technology.

Investors and financiers are embracing these opportunities globally, and Australia should capitalise on the opportunities this evolving technology provides.

Converting the energy of household waste to power homes 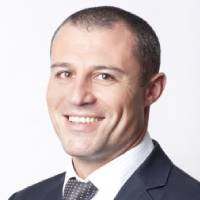