If a business model relies on underpaid workers, or even slavery, or weak regulation on social issues, current earnings will unlikely be sustainable. Also, brand damage can lead to loss of sales. 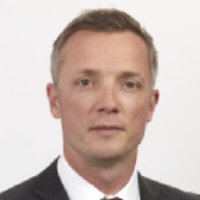 When a company does not know its own supply chain or does not understand the risks of slavery, it begs the question: what else should we worry about?

Also, damaged brands can be costly and time-consuming to restore and can also have internal impacts, such as staff engagement and distraction for management and the board.

In addition, we foresee increased regulatory risk. In addition to companies being exposed for underpaying workers in Australia, leading to a government inquiry into the franchise industry, there is also increased global regulatory focus on forced labour.

The UN Sustainable Development Goals aim to eradicate slavery by 2030 and with only 12 years remaining we expect there will be increased regulatory activity globally. Offshore, there have also been cases brought by consumers and non-government organisations (NGOs). In 2018, 36 countries were taking steps to address forced labour in business or public supply chains versus only four in 2016. We’ve already seen the UK Modern Slavery Act (MSA) and various initiatives in Europe.

What is modern slavery and what is the Modern Slavery Act?

Modern slavery includes children working in slavery, forced labour, debt bondage, human trafficking, forced marriages and forced sexual exploitation. As discussed in our investor statement on slavery from 2016, the practice of slavery is often hidden deep in the supply chain and can be difficult to detect even when suppliers have been audited.

It has been estimated that there over 40 million people in slavery conditions globally. Slavery is thus potentially more prevalent than ever before in human history, partly driven by migration, repressive regimes and conflict as well as environmental destruction. Of those, approximately 25 million are in forced labour. The majority of these are found in Asia. It was also estimated there are 15,000 victims in Australia.

In 2017, the Commonwealth Government of Australia announced its intention to introduce a Modern Slavery Statement (MSA) (similar to the UK MSA). Ausbil made submissions in support to government and also participated in various workshops with government, the opposition, businesses and NGOs. Following significant consultation, the MSA was introduced to parliament in August 2018 and passed the lower house in September and the Senate in November 2018.

The intention of both is to mandate companies above a certain threshold level to make publicly available modern slavery statements on an annual basis.

2) the structure of the operations and supply chain,

3) describing the risks of modern slavery practices in the operations and supply chains / any entities owned or controlled,

4) actions taken to assess and address modern slavery risks, including due diligence and remediation,

5) how effective those actions have been, and

6) the process of consultation with entities owned / controlled and any other relevant information.

The mandatory requirement and the fact that the Department of Home Affairs will control the publication of the MSA statements (which makes them comparable), means the Australian MSA has slightly more teeth than the UK version, where companies can opt out.

How can investors spot the risks and promote change?

a) better informed investment decisions and

b) active ownership, or engagement on ESG issues.

Ausbil believes investors have an important role to play and can be part of the solution by encouraging companies to adopt industry best practice with a business rationale and with real life examples. To that end, Ausbil was a major contributor to a recent publication by the Responsible Investment Association Australasia (‘Investor toolkit – human rights with focus on supply chains’).

The importance of issues such as labour rights and other human rights, including modern slavery, is closely linked with Ausbil’s investment philosophy. Ausbil believes earnings revisions drive share prices and we prefer companies with sustainable earnings and quality management. 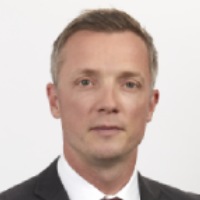