This year will mark the latest milestone in China’s drive to reduce its carbon footprint if it can consolidate its position as the world’s top importer of natural gas, having just overtaken Japan. 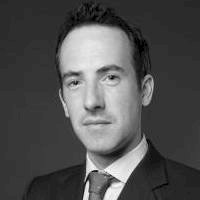 The country is simultaneously the world’s worst emitter of carbon dioxide and a leading champion for environmental change. This paradox encapsulates both its breakneck economic development and its urgent need for modernisation.

A major plank of China’s reforms is the switch from coal to natural gas to power its energy needs, both industrial and household. While still a fossil fuel, natural gas emits 50 per cent less CO2 than coal.

China imports the majority of gas from Australia and the US Gulf coast, although it is increasingly seeking to secure supply from central Asia and is busily upgrading its infrastructure and pipeline network.

The growth of the natural gas sector and associated industries that this switch is creating is an opportunity for investors, provided they are willing to search for the firms that would benefit.

Growth of the natural gas sector and associated industries now offers an opportunity for investors, provided they know where to look.

China is similarly committed to renewable energy, having invested $126 billion last year alone, accounting for 45 per cent of the global total according to recent UN figures. It installed 53GW of solar power last year alone, more than the entire world market as recently as 2014.

Falling costs and record low borrowing rates for project finance have facilitated this. Solar power generation costs fell 90 per cent in the decade to 2017, reports Reuters, with panels springing up in industrial parks and on domestic rooftops across China.

However, the rising cost of such investment, sometimes for poor returns, means that Beijing is moving to withdraw subsidies for manufacturers and developers to reduce the burden on the state. It means the industry will need to adopt technological innovation and economies of scale to improve efficiencies, while also looking to the private sector for support.

Opportunities also lie in the companies that stand to benefit from the government’s focus on renewable energy.

Electrification is another segment that, while nascent, is rich in potential. China accounted for half of electric car sales of 1.1 million units worldwide last year, according to a 2018 joint research paper from UN Environment, Frankfurt School-UNEP and Bloomberg.

While miniscule compared with the conventional light-duty car industry, the compound annual growth rate for electric vehicle sales was 66 per cent from 2012 to 2017. Similarly, sales of electric buses grew 30 per cent last year – and China accounted for 99 per cent of the market worldwide.

Again the financials have driven growth. The cost of lithium-ion batteries that power electric vehicles has fallen each year since 2010 amid improving technologies and economies of scale among manufacturers. Much depends on the cost of source metals such as lithium and cobalt.

At current rates, Bloomberg New Energy Finance forecasts that lifetime ownership of an electric vehicle could start to undercut that of an internal combustion engine in most markets by the mid-2020s. By the late 2020s, upfront electric vehicle prices could even be cheaper. That would see electric vehicles account for more than half of worldwide light-duty vehicle sales by 2040.

It’s certain to be a topic of discussion for policy makers over the next year. Policies aimed at promoting the widespread installation of electric charging infrastructure will potentially provide further pointers to investors.

Ultimately, China’s need to resolve its acute pollution problems falls into line with a global narrative. The Intergovernmental Panel on Climate Change warned in October that at current rates global warming would decimate coral reefs and crop yields, drive some animal and plant species into extinction and see rising sea levels displace coastal populations by the second half of this century.

Governments are being compelled to take action, and China finds itself at the vanguard of this movement. As with any structural trend, smart investors should be able to take advantage.

David A. Smith is head of corporate governance for Asia at Aberdeen Standard Investments 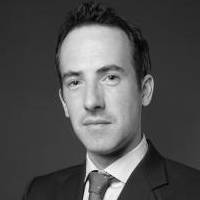