Value stocks set for a resurgence

Value investing could outperform in the near term, with investors likely to avoid overpriced growth stocks and instead buy up value stocks in an environment where economic growth is improving and interest rates are rising, which could see market darlings fall from grace. 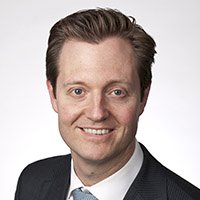 Perennial Value Management’s new white paper, ‘Time to shift gears from Momentum to Value Investing’, predicts that market dynamics are likely to shift in favour of value stocks and away from more expensive growth stocks as they lose their appeal.

With interest rates now rising in the US and economic growth gathering momentum in Australia, investors’ preferences are likely to swing towards value investing as paying a high premium for growth no longer makes sense.

Since the global financial crisis (GFC), investors have been prepared to pay more for growth stocks despite future cash flows not necessarily justifying the prices investors have paid. This has had a distorting effect on valuations. Similarly, the valuations of assets with very long-dated cash flows, such as infrastructure, have also been bid up to higher levels.

The over-pricing of growth stocks has been pronounced in the healthcare sector, with CSL as the best example. The stock has historically traded at a healthy premium of 50 per cent to the overall market, reflecting its strong growth prospects. In other words, based on history, with the market currently trading on a forecast price-earnings ratio (P/E) of 14.5, CSL would reasonably be expected to trade on a multiple of around 22.

However, as a result of the overpricing of growth stocks, CSL is currently trading on a P/E of around 32, or a premium of 120 per cent  to the market. By contrast, the bottom quintile (bottom fifth) of stocks are trading at only around a 5 per cent premium to their long-term average.

Research from Deutsche Bank reveals that once you remove resource stocks from the ASX100 Index, the top quintile (top fifth) of stocks are trading on a prospective P/E that is 40 per cent above the average level since 2003, at more than 28 times compared with a historic average prospective P/E of around 20.

So expensive stocks are more expensive than usual. Deutsche Bank says value stocks in the Australian market are priced at a 35 per cent discount to growth stocks, a gap which is more than double the historical average.

These divergence levels between growth stocks and value stocks are now higher than those seen in the GFC and approaching those of the early 2000s dot-com boom, meaning market dynamics are likely to shift in favour of value stocks.

Previously when valuation divergences have reached this level, there has been a movement of funds, often an aggressive one, towards cheap value stocks and away from expensive growth stocks. In both instances, solid and stable value companies outperformed significantly as former market darling growth stocks fell from grace.

While history doesn’t always repeat exactly, it usually rhymes. With a generally improving earnings growth outlook and rising interest rates, we see an inflection point in the rate cycle where the era of easy money is largely over and the conditions for value to outperform could be near.

As this inflection point approaches, Perennial Value sees fertile ground when it comes to investment opportunities in the local market, with a range of good quality Australian companies offering strong balance sheets, attractive dividend yields and reasonable medium to long-term prospects. We believe it would be prudent for investors to lock in profits from growth and momentum stocks and rebalance some of their portfolio towards value.

Value stocks set for a resurgence 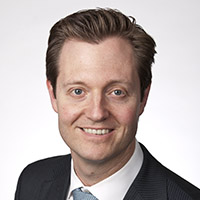