While many market commentators cite macro views and GDP figures when talking about investing in China, most are, ironically,  missing the bigger picture. 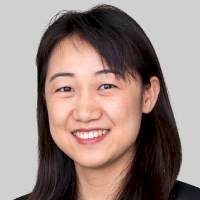 While the longer-term drivers identified below represent a potential boost to Chinese innovation and the long-term opportunity for good companies, there is another driver which many may not yet have thought too much about. In our view, the trade war with the US could present opportunities for China – and its investors.

To try and sum up China with just one single number – especially if that’s GDP growth – may be somewhat misleading. This is not least because China is a vast country, where analysing a top-tier city provides a completely different picture compared with a fourth-tier city or rural area. To lump these varying elements into one number would be to miss the opportunity we see as far more exciting – looking at individual companies on the ground using a fundamental bottom-up view.

The key drivers of long-term equity performance are the same as anywhere else in the world: the kind of growth opportunities a company can generate, the quality of its business, its operating momentum, and valuation. While we should not ignore macro drivers entirely, noise may create volatility in the short term.

Below are five themes that we have identified to enable a longer-term view which cuts through current noise levels.

One of the key elements we see on China’s horizon is innovation. Currently, China’s spending on research and development vastly overshadows the rest of the world.

The country’s R&D spending as a percentage of GDP is running ahead of the Eurozone on average, and the number and scope of patents it is producing is quite extraordinary. This innovation is finding no shortage of buyers in its home market. The country has a large consumer base, which is getting wealthier by the day, and efficient supply chains.

The logistics and infrastructure on the ground are also supportive of innovative companies looking to sell their products around the country.

At the same time, there is an abundance of private capital, partly because China still does not have a completely open capital account.

This means that much of the nation’s burgeoning wealth is looking for opportunities to invest domestically. This has been helped by supportive policies from the Chinese government that have been issued in the last decade.

Although some investors remain concerned about China’s debt level, most of which was issued to stimulate itself out of recession, overall corporate leverage has been stabilised – and in some cases gone down.

Additionally, banks’ non-performing loan ratios have not been increasing. The supply-side reform pushed out significant excess capacity and improved profitability and cash flow in China’s Old Economy segments, where leverage was the most significant.

The debt situation remains a long-term risk, but it looks manageable from where we stand now.

3) Trade war: An opportunity for China – and its investors

While the economic political factors described above represent a potential boost to Chinese innovation, there is another driver which many may not yet have realised. In our view, the trade war with the US presents opportunities for China – and its investors. With such a threat to economic growth, China may accelerate some of its reforms to push forward with innovation efforts.

Chinese corporates that see the potential threat of boycott are more than ever encouraged to internalise key technologies and move up the value-chain.

All of this is happening against a backdrop of low valuation: China overall looks very cheap. From a valuation point of view, China is trading below its 10-year historical average and, using a forward-looking price-to-earnings metric, it is trading more cheaply than Europe and the US, despite its more attractive growth profile.

Global investors are looking at China A-shares not least because of their inclusion in mainstream emerging market indices, and this is only going to increase. Next year, MSCI is set to boost their inclusion from 5 per cent to 20 per cent, while FTSE Russell will include China A-shares for the first time, starting off with a weight of about 5.5 per cent. This will automatically trigger passive flows into the A-share market, while active flows, depending on the asset managers’ individual strategies on the region, are likely to follow the same direction of travel.

Because of these factors, China may not stay cheap for long.

Global investors as a group will soon be unable to ignore the second largest equity market as China is steadily growing in prominence and importance, despite short term macro noise.

China’s innovation, reform and market gradually opening to the outside world holds much promise for investors – but waiting too long might mean joining the back of the queue. The colour red symbolises happiness and good luck in China. Right now, its innovation is red hot – and looks inexpensive for investors. 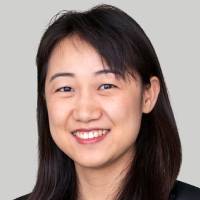