State of the nations

There is a tendency to dismiss the daily bombardment of political news, opinions and soundbites as just noise. However, it is politics that determines policy, which is one of the key drivers of the economy. And the economy, in turn, is the key driver of markets, particularly over the longer term. 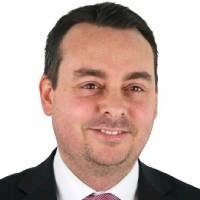 His overarching message was that we do need to understand politics and policy if we want to have a reliable forward-looking view of how markets are likely to evolve.

Across 2017, the story was that the global economy was in a cyclical upswing, which was synchronised across markets. Therefore, at the beginning of this year investors were quite optimistic, however the global economy is now slowing significantly.

Mr Lawson noted that almost every major economy, apart from the US, has seen a significant loss in economic growth momentum over the course of 2018.

“This doesn’t mean that the business cycle itself is grinding to a halt, although recession risks are rising, but it does mean that the pace of underlying growth and earnings is fading. We believe the global economy is entering a much more challenging macroeconomic environment. There will be a meaningful deceleration in global growth in 2019 which will continue into 2020,” he said. He added that there were two main reasons for this forecast:

A weaker US economy

“Current economic conditions in the US are extremely strong, which may hold true for the near term, but that growth is almost entirely driven by a short-term ‘sugar-rush’ from the fiscal stimulus program that was implemented in 2017 and early 2018.

“The story for 2019–20 would not be how strong the US economy is but how weak the US economy is once fiscal support is withdrawn in combination with a tightening of monetary policy. By the end of 2020 we expect the US economy to be growing below trend. Corporate earnings growth is likely to weaken once the impact of corporate tax cuts fades, growth continues to decelerate and labour costs continue to rise,” he said.

Mr Lawson’s view was that the second major drag on global growth in 2019 would be a slowing Chinese economy – the world’s second largest. His core view was that even though the authorities were in the process of easing policy, it was unlikely to have a large enough impact on growth of the Chinese economy and the economies tied to it.

The following chart shows total social financing growth and money supply growth, which shows a significant deceleration following the stimulus program of late 2015 and early 2016. Mr Lawson said that the current stimulus program might cause this to pick up slightly, but it would only be enough to cushion the blow from the tightening of trade policy and other headwinds.

Mr Lawson expected monetary policy divergence between the US and other major developed economies to widen through 2019.

“US growth is slowing, but at least for the next 12 months US monetary policy will continue to tighten unless a large rout in financial markets occurs.”

The following chart shows the projection of the Fed funds rate against the key policy rates in the Eurozone and Japan over the next two years.

Mr Lawson expected the Fed to continue raising rates at least for the next 12 months with the ECB being the only other central bank to get close to following the pace of these rises.

“When the policy tide goes out, it has the greatest impact on the world’s most vulnerable economies – those that have developed trade imbalances over the previous years.

“[Investors] need to differentiate between countries with sound and weak fundamentals. It doesn’t mean shorting the entire asset class, but it does mean approaching it in a more nuanced manner,” Mr Lawson said.

Mr Lawson’s view on the trade war between the US and China was that it would worsen before it got better and involved deeper issues than just trade.

“It is hard to exaggerate the seriousness of what is taking place at the moment. It is more than a conflict between the world’s two largest economies over trade policy. It is also about cyber security and geo-politics, such as the role of China in the Asia-Pacific region.

“It is also about the fact that US increasingly views China as a strategic competitor. This US policy shift was seen in the recent re-negotiation of the NAFTA (North American Free Trade Agreement) with Canada and Mexico. The US inserted loyalty clauses that now allow it to dissolve the trade agreement if Canada or Mexico negotiate an agreement with a ‘non-market economy’, which is a byword for China,” he said.

Mr Lawson added that this was forcing countries to choose allegiances between the US and China.

“This has enormous ramifications for Australia, which relies on the US for its national security and China for its economic growth,” he said.

Mr Lawson forecast that the US would eventually impose tariffs of 25 per cent on all imports from China. US$800 billion of global trade will be affected by the trade war with most of that accounted for by China.

Globalisation no longer the tailwind for growth it once was

Even before President Trump implemented isolationist policies in the US, there was a global trend towards winding back globalisation. As well as the Brexit vote in the UK, a number of economists began to warn of the economic losses that can arise from free trade. Mr Lawson believed that that a decline in globalisation would have significant ramifications for the global economy.

“Globalisation has been a major driver of global growth since the 1980s, particularly for corporate earnings. In fact, this is the one of the major reasons that the corporate profit share of GDP has been on an upward trajectory for most economies over the past 30 years,” he said.

Political populism is a reaction to fundamental economic forces but also social forces, therefore, it is likely to persist for some time yet.

Mr Lawson noted that even before the 2007 GFC, there was a pervading feeling that the benefits of growth were not widely shared but that was offset to some degree by positive aspects.

“Before the crisis the dominant paradigm was to think that inequality was a trade-off for stronger growth. But the financial crisis shattered that illusion,” he said.

The following chart shows the trajectory of advanced economy GDP as it would have been if the pre-2007 trend had continued, against the growth that has occurred in actuality. There is a 20 percentage-point gap between the dotted line and the dark blue line.

The average advanced-economy worker has had to make a massive revision to their earnings expectations since 2007, according to Mr Lawson.

“Per-capita growth and wages growth in Australia were both extremely strong in the 10 years prior to the GFC. But, since the commodity super-cycle came to an end, average wages in Australia, in real terms, have completely stagnated.

“So, should it be any wonder that, against this backdrop, people are beginning to say, ‘this system isn’t working for me. Why should I support the major political parties’?”

Mr Lawson noted that the 2016 US election was not just about economics; it was about changing social status.

“The white middle-aged male is experiencing a world that looks fundamentally different from the one they were living in 30 or 40 years ago and many of them are struggling to adapt to that change.

“If these issues can’t be resolved, the ability to reform institutions and make them work for more people is constrained. Even though the messages of the populist parties might sound attractive to many people, from an economic perspective it’s largely a dead end. They react to the underlying problems without solving them.”

What does all this mean for investors?

Mr Lawson pointed to the fact that no major asset classes had experienced year-on-year growth in 2018 and said he expected the high-volatility climate to continue.

“I don’t think the choppiness of markets is going to fade on a 12-month view. Risk assets might still earn positive returns over that period, but I don’t think equity beta, for example, is going to be delivering a massively positive return under these circumstances. Differentiation, relative value and trying to extract alpha becomes more important,” he said.

One of the lessons of macroeconomics and macro investing is that every downturn is different from the previous one. As a rule, the economies that fare worst in a downturn are the ones where imbalances developed in the preceding business cycle.

Mr Lawson explained that net deleveraging had been occurring in the US and UK private sectors since 2007 which would bode well for these economies when the next recession hits. Some smaller economies might not be so lucky, but this risk could be mitigated through diversification.

“There is a range of smaller advanced economies such as Australia, Canada, Singapore, Norway, Korea and Sweden which faired relatively well during the GFC. Now, interest rates have collapsed, financial conditions have become very easy and leveraging has increased which is where the imbalances and vulnerabilities are. It’s a similar story in emerging markets.

“But these are diversification opportunities. I would be expecting Australia to have a relatively ‘bad’ downturn, in relative terms, when the next global recession occurs. Without forecasting a recession now, you can benefit by holding instruments such as long-duration Australian bonds or short Australian-dollar positions which add ballast to portfolios.”

State of the nations 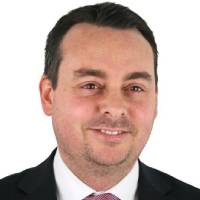