Can banks survive without bonuses?

This is the real question that needs to be addressed by the royal commission. 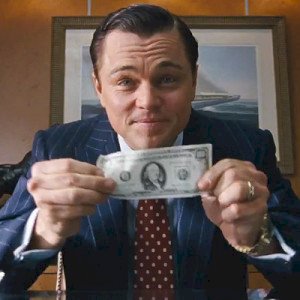 Finally, after six exhausting rounds of public hearings, it looks like we are getting to the crux of the matter: whether or not it pays to work in a bank for a normal, fixed salary and no bonus.

Judging by the performance of CBA chief executive Matt Comyn on Monday, the answer is a firm ‘no’.

Despite the Sedgwick review, APRA report, royal commission interim report and reams of negative press, the nation’s largest bank is holding firm to its belief that paying frontline staff annual bonuses is still the best way to go. But best for whom?

When CBA boss Matt Comyn appeared in Hayne’s witness box on Monday morning, the cross-examination quickly turned to remuneration. This bout of hearings, as counsel assisting Rowena Orr outlined in her opening address, is all about discovering why misconduct occurred and how to prevent it from happening again.

Ms Orr came close to unveiling the real reason CBA is so precious about its bonuses when she suggested alternative ways of motivating branch staff: praising their good work, rewarding them with more responsibility, maybe even just knowing that you have provided a good service to your customers?

Comyn agreed these were all lovely suggestions. But bonuses – or ‘short-term variable remuneration’ as CBA prefers to call them – will remain.

In fact, the biggest clue wasn’t uncovered until Mr Comyn explained why CBA simply cannot be the first of the big four to stop paying bonuses, particularly for home lenders: they would up sticks and become mortgage brokers instead.

When you hear remarks like this, it’s important to remember where Comyn is coming from. He’s a career banker. That career, minus a very short stint at Morgan Stanley eight years ago, has been spent at the Commonwealth Bank. He joined them in 1999. Prior to becoming CEO earlier this year, he headed up the group’s retail banking business. Protecting the profitability of branches was a key priority and mortgage brokers are largely seen as the enemy to this 1,000-strong network of black-and-yellow stores.

So it makes sense that Comyn would take a swing at brokers. But what is he really saying? That it simply doesn’t pay to be a home lender in a CBA branch without a bonus? That you’re better off becoming a broker and earning a commission?

Yes – that’s exactly what he’s saying. And it’s about time someone did. For all their posturing and slick marketing talk about ‘good customer outcomes’, major banks are a business built to deliver profits to shareholders. Period.

Trying to measure a good customer outcome from a bank is virtually impossible. As a major bank customer myself, I have no idea what a good outcome would look like for me. More money, I suppose? No idea.

Measuring profits is much easier. And bonuses are a proven way of mobilising a sales team to move the numbers in the right direction. It’s simple. It works.

Unless, or course, you’re fronting a royal commission into misconduct and have had to accept that the world has grown wise to what you’re all about (making money).

Any attempt to convince us that they will now somehow return to a 1970s-style friend of the family, a pillar of the community, is ludicrous. The big American consulting firms saw an end to that over 20 years ago.

The banking of today is about sales, profit and maximising shareholder return. Like most major public companies. But what about the frontline staff? Are they as eager to receive their bonuses as CEOs like Comyn are to dish them out?

Here’s where it gets interesting.

This week the royal commission learned of an email from Comyn to CBA director Sir David Higgins, which stated:

At its most fundamental, our people care about job security, personal growth, a positive environment, and career advancement. CBA has a strong service culture and our people are intrinsically motivated by feeling that they are helping customers and playing their part in a winning team.

After reading out this statement, Ms Orr put it to Mr Comyn: “Given these factors, why do you need variable remuneration for frontline staff?”

The answer is quite simple: it drives sales. Of course, no bank CEO would ever admit such a thing. God forbid they speak honestly under oath, drop the spin and tell the royal commission they’re here to make money. And so are their staff.

Can banks survive without bonuses? 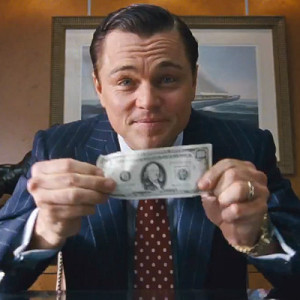