Private equity and the hunt for control

Investors in private equity are seeking greater control over how their capital is used, leading to significant changes in the market, writes bfinance senior associate, Vishal Sharma. 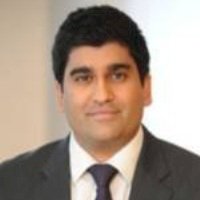 One of the most interesting trends in private equity over the last decade, and one that is becoming increasingly prominent, is the increasing demand among investors for control over how their capital is deployed. This demand takes different forms: control over assets, control over costs and control over the timing of deployment.

The traditional method for investing in private equity leaves investors with little or no influence over how or when capital is being deployed. An investment authority is delegated to the general partner and investors take on a “blind-pool” approach.

Now, investors are focusing on the following priorities:

A recent global Asset Owner Survey undertaken by bfinance revealed that 29 per cent of asset owners managed to bring down manager fees during the past three years, with larger (more than $25 billion) investors and Australian pension funds experiencing greater success than their peers.

This has become particularly relevant in today’s market conditions, with frustrations from some limited partners (LPs) about the difficulty of putting enough capital to work and concerns surrounding valuations from others.

Still, memories of 2008 are fresh in everyone’s memories: and those who suffered most were the investors who piled in most aggressively during 2005 to 2007. It is thus not surprising to see investors seeking to obtain more control over the deployment of capital in private equity investments.

Control over sectors and assets

In a conventional private equity fund, the limited partner’s exposure to particular deals is determined by the allocation of the fund. Yet investors are increasingly keen to exercise more discretion over the investments to which they are exposed, emphasizing particular sectors, strategies, geographies or characteristics.

Today, a greater number of investors are moving down the direct investment route. This allows the LP to have greater control over the operational and strategic direction of the companies in which they invest (for example, their sustainable investment credentials), as well as exit/sale decisions.

While this approach leaves LPs with no fees and carry to pay for investments, the investor will still bear substantial costs in the form of in-house staffing, legal fees and transaction costs.

In with the new, (not) out with the old

This desire to take back control has spurred the development of multiple interesting models, leading to a large rise in the volume of ‘shadow capital’ in the private equity sector (defined as money that is invested outside of traditional structures).

However, it is crucial to retain investment discipline and refrain from too much customisation to avoid negative consequences, such as a focus on non-core investments where the GP has less expertise.

Strong implementation will also be critical to success. Investors that approach these newer methods purely as a shortcut to obtaining lower fees risk shooting themselves in the foot. The rising tide of the past 10 years has lifted all boats but, to paraphrase the famous expression, a falling tide will reveal who is wearing trunks.

Private equity and the hunt for control 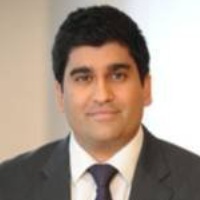