US midterms may breed a lame duck

With midterm elections just weeks away, our view is that we are entering a bit of a lame duck period in relation to policy. 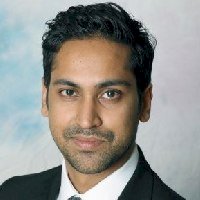 As we go into the final stretch of the year, volatility will continue to surface its head and risks are hovering around. We expect investors to be left relatively unscathed and for investors that hold course, history shows potential for them to be rewarded, especially in midterm years.

With our overall asset class views still favoring growth assets driven by positive views in particular for US equities, the US midterms on 6 November have the potential to upset the apple cart.

However, with midterm elections just weeks away, our view is that we are entering a bit of a lame duck period in relation to policy.

The considerable political desire among Republicans to get agreement on NAFTA before the midterms looks to have been enough to get a deal passed, although the new trade deal still needs congress’s approval. With the tax cut already starting to fade away from the public’s memory, it was important for the Republicans to get a victory leading into the elections.

On the China trade issue, we believe there will be very little progress towards a resolution over the next several months. Given the disagreements between the US and China go to the heart of structural issues that will require time to reconcile, it is a pretty sure bet that tensions will remain high leading to the midterm elections. China has an incentive to stall talks for the time being while waiting to see how strongly positioned the US administration emerges from the elections. We expect the next couple months to be volatile, but maintain a constructive medium-term view. We believe that Trump has signaled a shift towards China and that the market has recognized the fact that things could get worse before they get better.

Meanwhile, European trade negotiations seem likely to progress but are highly unlikely to conclude before the midterm elections. Threats of a government shutdown have subsided lately and in any case the impact on actual government operations would have been minimized by passage of several stand-alone funding bills that warrant continued operations of various departments.
So what does that mean for investors?

As we go into the final stretch of the year, volatility will continue to surface its head and risks are hovering around. However, we expect investors to be left relatively unscathed and for investors that hold course, history shows potential for them to be rewarded, especially in midterm years.

The end of the third quarter saw positive returns across most global equity markets although the local market lagged. Quarterly returns mimicked what had already transpired throughout much of 2018 with US economic leadership translating into strong earnings growth in the US with the market (MSCI US Net total return local) returning +0.4 per cent in September and 7.4 per cent over the third quarter, setting all-time highs along the way. This contrasts with other markets where this achievement continues to elude many other equity markets around the world. Locally, we saw a weak month with the S&P/ASX 200 Index down -1.3 per cent for the month of September but was up over the quarter +1.5 per cent. Other major markets however were up for the month with Japan (MSCI Japan Net total return local) up 5.5 per cent and Europe (MSCI Europe Net total return local) up 0.3 per cent. Emerging markets (MSCI EM Index Net total return local) however had a negative month, down 0.5 per cent and was down -1.1 per cent for the quarter. Local based fixed income returns saw negative returns in September after a positive August with Australian bond yields (3 and 10 year) rising by 7 and 15 basis points respectively. Our investments in Commodities and Emerging markets bonds contributed positively this month, up 3.3 per cent and 2.1 per cent respectively in September. Looking into our positioning across the portfolios for the month of September, on average, the Growth assets allocations have been approximately 68 per cent for Builder, 47 per cent for Sustainer and 40 per cent for Provider. Our exposure preferences in September were again an overweight in global equities relative to fixed income. Performance-wise, mixed results across asset classes saw the funds deliver a small negative return for September but are positive year to date.

US midterms may breed a lame duck 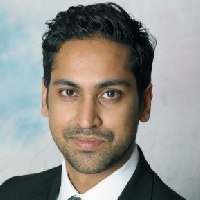