Why we can’t let China rule the world

Trump’s firm stance towards China raises an important question for the global economy: why won’t America let the Chinese rule the world? 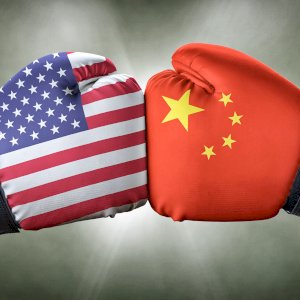 Australia is in a tough situation. Geographically, we’re a lot closer to China than our American friends. Politically and economically, we’re torn between both.

The US President’s trade war with China may smack of political posturing ahead of the mid-term elections. But China’s ambitious plans to become a global superpower pose deeper problems than the trade of good and services.

“I see China as the number one national security threat and challenge for the United States and our allies, including Australia,” Former CIA director Michael Morell told financial advisers this month.

Mr Morell made these comments at the Magellan roadshow in Sydney on 24 October. This is a man who briefed President Bush during the September 11 terrorist attacks and personally informed President Obama when the CIA found Bin Laden. Now he’s advising Magellan’s co-founder and CIO Hamish Douglass.

The former CIA boss outlined three issues that America has with the Chinese. All of them are long-term and difficult to navigate.

The first is an economic issue. Two decades ago, the economies of America and China complimented one another; the US was capital rich and the Chinese had plenty of labour.

But times have changed. Dramatically. Today both nations compete over the future of industries like technology.

The second problem is a military one.

“The Chinese military has grown more rapidly and in a more sophisticated way than any other military in history,” Mr Morell said.

Given that both the Americans and Chinese have a military presence in the Pacific, both countries are obligated to plan and equip themselves for war with each other. These plans and equipment need to be exercised.

“This creates a natural tension in the relationship and a natural inertia in the wrong direction,” Mr Morell said.

But the toughest issue is about power. The United States is the status quo global power. China is the rising power.

“Because China is a rising power, it wants a greater say in the world around it. Guess who has that say today? The United States and our allies. So how does that fundamental problem, when there is only so much power to go around, how does that get resolved?

China’s human rights record has been well documented and contested. Yet few national leaders like to bring it up. Instead, the story most told is of China's economic might.

Back in 1990, almost two-thirds of the Chinese population lived in absolute poverty: walking barefoot, sleeping on a mat and cooking over an open fire. In just one generation that standard of living has almost been erradiated, according to Stewart Investors portfolio analyst Jack Nelson.

“Almost 750 million people have been lifted out of poverty in China. It is the single greatest reduction in human suffering in history,” he said.

China has transformed radically over the last 25 years. Today, large cities like Shanghai and Beijing bear little resemblance to the ramshackle urban areas of the early nineties.

“During this period, China used as much concrete every three years that the United States used in a hundred years,” Mr Nelson said.

“Surely you would think that all of these shoes being sold, all of these gas cookers and cement would mean that investors in companies in China who have benefited from that rise in demand would have made a fortune. Unfortunately, nothing could be further from the truth.”

Why we can’t let China rule the world 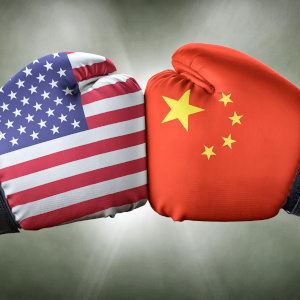