On my last trip to China, we were a little cautious despite the optimism displayed by China’s primary industries — a flow on from the stimulus-led recovery of 2016. 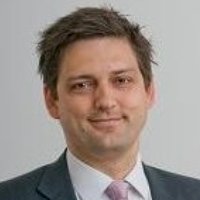 Our caution proved warranted. Money supply tightened and key macro indicators weakened, which hit bulks in particular. This time around there are more divergent views, tending towards caution among the industry experts we met.

That China is slowing is no surprise, but the concern around an escalation of trade conflict with the US has the Chinese industry worried (as well as the local stock market). However, China’s giant steel industry is enjoying significant profitability. As a major supplier of steel-making raw materials, this has benefited Australia. For the remainder of 2018 we expect China to try and find a balance between the environment and economic stability.

A look back to last year

If we look back to this time last year, when the proposed “winter cuts” were set to take place, we thought, like most, that lower steel production would equal a lower demand for iron ore, and indeed prices did fall over 20 per cent in the weeks leading in to the winter period. However once the cuts started, steel prices strengthened on solid demand outside the affected areas. Mill margins lifted and benchmark iron ore prices along with it.

Steel mills became less conscious of the price of their raw materials and more concerned about efficiency and productivity, feeding in higher grade and lower impurity ore, and lifting scrap input, all to maximise production while adhering to capacity restrictions. This led to a substantial lift in profitability. Low grade iron ore producers suffered as demand for their products declined in this environment. The likes of Fortescue’s price realisations fell to ~65 per cent as a result.

Expanded cuts, but greater efficiency – our impression of the 2018/19 plans

The 2018/19 winter period is likely to see an expanded round of cuts, involving more cities than last years’ 26+2 regime, but with more flexibility. The plans look to be outlined under two key policies; one covering another round of winter cuts in the 26+2 cities, albeit over six months of official winter heating season instead of last years’ four months. The other seems to involve policies at a more local level, covering a larger regional scope for production curbs, but potentially allowing for more flexibility which could be dependent on the prevailing pollution conditions. Some we spoke to thought up to 46 per cent of China’s +1Btpa steel capacity could be affected versus the 2017–18 cuts which impacted 24 per cent. This is just an estimate put forward by some of the experts, and doesn’t represent how much steel could actually come out of supply.

The other side of the equation, being demand and the impact winter season policies may have on it, was uncertain, though we sensed the flexibility to be put in place on supply would also be placed on downstream construction. This does ease some concern that any step-back from environmental-based policy leading to greater steel production will likely also apply to demand, potentially helping maintain mill profitability.

Chart 4 Beijing air particulate PM2.5 concentrations – 2017 was the first year of a major Blue Sky push and the results are clear (and possibly weather assisted); 2018 is tracking very well, which could allow for more flexible anti-pollution control measures

Looking more broadly, based on the data we see, steel demand looks robust. While the infrastructure component of China’s Fixed Asset Investment has been declining over the past 18 months, the property sector has been the key support. The trend for new starts has continued to rise, buoyed by public social housing and shanty town renewal programs in lower tier cities. Property experts we spoke to seemed to focus more on the larger Tier 1 and 2 cities and had a generally bearish outlook given increasing government intervention to cool overheated markets. However top-tier cities only account for ~15 per cent of new floor space starts.

For commodities, lower tier cities drive floor space and hence demand, and investment in these areas seem to be robust. All this said though, the growth outlook looks flat, and we expect policy to remain flexible here as well, with multiple levers available to government to stimulate or cool regional property markets.

Chart 5 China residential property starts & sales – whole of China – high levels of starts will result in completions after a 12-24mth build, which is support of later cycle commodities like mineral sands

In our view, FAI growth is likely to come from renewed investment in infrastructure, which had been stifled by a clamp-down on non-bank funding sources for local governments and slow approvals. With the Central Government approving special bond issuances to improve liquidity, and speeding up approvals processes, there was a broad expectation among market commentators that spending in infrastructure would lift, which could help offset cooling in the more commodity intensive property market.

The one caveat to any positive view given by the experts we saw was the potential for an escalation in US/China trade tensions, which could crimp demand, though by how much is unknown. Steel, and therefore iron ore, looks to be the most resilient given environmental policy support and a very low level of exports with healthy domestic demand. The negative trade war sentiment is being reflected in base metal markets – aluminium, copper, zinc and nickel. For longer-term value investors, this can create opportunities, particularly in those metals with positive longer-term fundamentals such as copper, where spot prices are not reflective of the cost of new supply required to meet growing demand in the long term.

Putting it all together…value emerging in the broader sector

Overall, we came back from China with a view that broad commodity demand looks reasonable in the near-term. Base metals, which have suffered under trade war concerns, are already at low levels and a recovery in FAI should see demand fundamental supported, though sentiment may take longer to rebound. Bulks (particularly iron ore and coking coal) look supported by expanded winter capacity cuts on solid property and recovering infrastructure investment. However, longer-term, China’s steel production is likely to decline as the economy moves away from steel-intensive growth, combined with the ongoing replacement of blast furnace capacity with scrap consuming Electric Arc Furnaces (EAF). This is why we are comfortable with our longer-term price assumption of around US$55/t for iron ore, which places BHP and RIO profit margins more in line with multidecade historical trends.

Nikko AM’s current active exposure in the mining and metals sector is via investments in Iluka and Bluescope Steel. Iluka remains attractively valued due to declining long-term zircon supply and solid demand driven by Chinese property strength. Bluescope is a direct beneficiary of solid Chinese steel margins, which drove regional spreads higher, as well as improved US steel profitability due to protectionist policies of the current administration. The trade-war/emerging market sell-off has seen value emerge from a number of resource stocks in our market, which are looking attractive under our long-term intrinsic value style of investment. 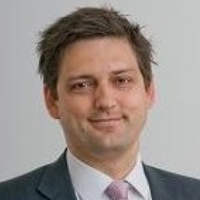